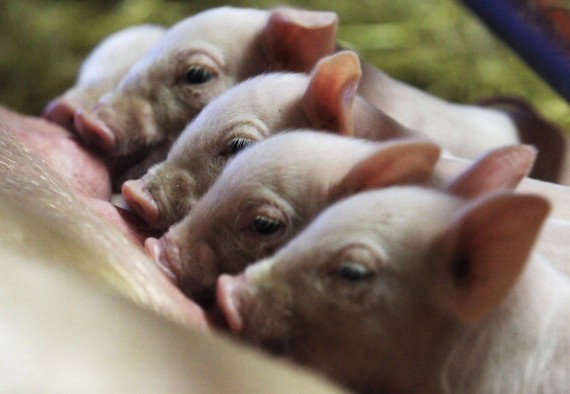 The Food and Drug Administration (FDA), through its Center for Veterinary Medicine (CVM), is seeking to ban the use of carbadox, a pig antibiotic which has been in use for 40 years. The drug's maker announced that it will "vigorously defend" the product insisting that the antibiotic has a four-decade safety record.

Last April 8, 2016, CVM published a Notice of Opportunity for a Hearing, starting the necessary steps for removing the antibiotic from the market according to Food Safety News. Phibro Animal Health Corp., a manufacturer of carbadox, immediately responded and requests the hearing so it may be able to defend its position.

FDA deputy commissioner Michael R. Taylor explains the FDA's move to ban the antibiotic is based on the possible life-long human carcinogenic risks that consumers will be exposed to by consuming pork products, especially pork liver, where carbadox residue might remain. This move will align FDA policies with other countries which are already banning the antibiotic. Taylor states, "The manufacturer of carbadox has failed to provide sufficient scientific data to demonstrate the safety of the drug given evidence that carbadox may result in carcinogenic residues."

Carbadox, which is marketed under the brand name Mecadox, is used to treat enteritis and swine dysentery. CBS News reports that Mecadox is fed to around a third of baby pigs in a move to control infection while at the same time plumping up the pigs.

Phibro insists that Mecadox is safe. "Fibro has complete confidence in the safety of Mecadox. We are disappointed that the FDA would take this action when definitive studies are so close to being completed," The company released a statement on its website. "Under the FDA's process, we intend to request a hearing and refute the allegations. Phibro will continue to market the product and to vigorously defend Mecadox based on more than 40 years of science and safe use."

Hypnosis- A Safe Cure For Depression