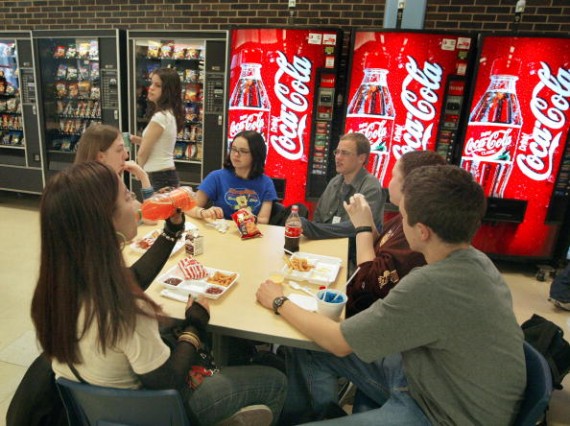 A recent trend among American consumers shows the difficulty faced by the entire soda industry. In a short span of one year, a quarter of U.S. consumers say they are ordering less of these sugary drinks in restaurants.

London-based market research firm Mintel recently released a market report covering the changes on Americans' ordering habits in restaurants. The company's latest data show that, compared to last year, a significant 25 percent of Americans no longer order sodas when they are eating out, according to Washington Post.

While this might seem to be a relatively benign data reflecting changes in overall American consumer habits, Mintel analyst Caleb Bryant offers another way of interpreting the new trend. According to Bryant, this is a particularly bad trend for soda makers because traditionally, soda has been viewed as an indulgence.

As such, while people at home may not normally consume soda for health concerns, they are more lax healthwise in restaurants, Most would not hesitate to order the sugary concoction because it is not an everyday occurrence.

This new trend means that soft drinks are losing their appeal, even as an indulgence. In other words, if people are now reluctant to order soda in restaurants, they would even be less likely to consume soda in their homes, which could indeed spell trouble for the industry.

Aside from this behavioral shift's negative effect on soft drink manufacturers' sales, the trend could also affect the bottom line of restaurants. Soda dispensers are considered cash cows in the restaurant business with its high-profit margins, higher in fact than the restaurant's menu items.

America's growing aversion to soft drinks is due to the ceaseless reminders from nutrition experts on the dangers of these sugary drinks. Numerous studies, like this Harvard study, have linked soda with the increasing rates of obesity and diabetes as well as heart disease and gout due to their high sugar content.

But of course, people still need to drink something. The challenge for soda manufacturers is to come up with products the would suit the consumers' evolving taste and preference. For instance, Bryant notes that a third of the customers are now demanding tea-based drinks instead of soda, a niche that soda manufacturers could exploit.

Or they could offer a bottled version of the drink most sought after by the healthiest of consumers - water. But both Coca-Cola and Pepsi are way ahead of the game. Both companies already own many of the bottled water top sellers today.