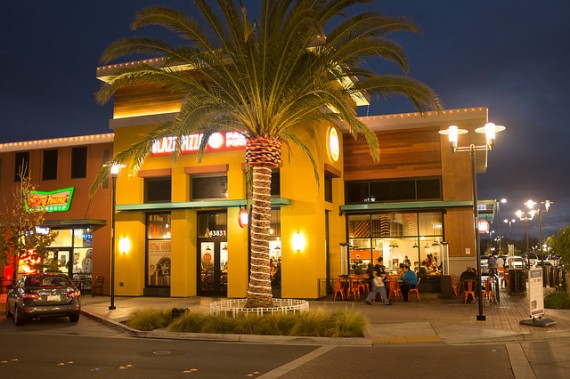 Blaze Pizza, the pizza chain where NBA Star Lebron James is one of the original investors, grew at a blazingly fast rate last year, which saw its sales triple to $101 million. The company's spectacular growth also earned it the distinction of being America's fastest growing restaurant chain in 2015.

This recent data also suggests that Lebron James knows his move on court and off court. Last year, Lebron ditched McDonalds, opting not to renew his endorsement with the chain. Instead, he became Blaze Pizza's spokesman, a move showing his business acumen.

Lebron James is not just the company's spokesman, though. The NBA star has been a part of Blaze Pizza since it started in 2012 as an original investor.

Lebron prefers a hands-on approach in helping the pizza chain boost its sales. Recently, Lebron actually worked at a Los Angeles Blaze Pizza outlet, helping the crew in serving their customers. "Ron" as he is called by the outlet's employees, even joked with customers saying, "I'm shadowing, a really tall shadow."

Though the customers were quite surprised of the unusually tall Blaze "employee" serving them, not all seemed to know who he really was. In fact, a young girl said "Ron" looked similar to another another NBA player, Miami Heat's Dwayne Wade, reports Daily Meal.

The pizza chain's spectacular growth is probably due to the novel way it makes its pizza. Unlike other chains, Blaze makes its pizza right in front of the customer's eyes.

If the current growth rate Blaze Pizza continues this year, analysts predict that the chain is projected to be the fifth largest pizza maker by 2017. The top four would be Pizza Hut, Domino's, Little Caesars and Papa John's.