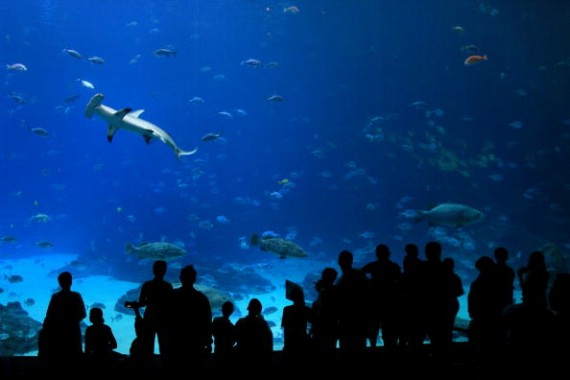 Recently surfaced images from a fish market Sanya, located in China's Hainan Province angered netizens worldwide. Apparently, the fish being sold for food were that of scalloped hammerhead sharks, an endangered species.

The picture showed hundred of these endangered sharks at the Sanya market angering those who knew that these particular species are endangered. The sharks, piled up and waiting for buyers, are being sold for $4.6 a kilo, reports China Daily.

Many speculate that the sharks were killed mainly for their fins, which demands a higher prize than its meat. Shark fin is the main ingredient of the famous shark's fin soup, an expensive Chinese delicacy.

Scalloped hammerhead sharks is the most common species of hammerhead sharks according to Wikipedia. The sharks live in-between warm temperate and tropical waters close to shores and could dive to depths up to 500 meters. Scalloped hammerhead shares were included in the "globally endangered" species list back in 2008 after researchers discovered a 95 percent decline in population in a short span of 30 years. This decline is mainly attributed to the overfishing of the species due to the increasing demand of its fin, being the main ingredient of the shark's fin soup.

The recent public attention on the issue shows the increasingly important role of social media in bringing important topics to global awareness. The pictures were said to be first circulated on WeChat, a popular Chinese social media application.

At the moment, Chinese authorities are still investigating the incident. China is, in fact, a signatory to an international treaty restricting the sale of these sharks. However, the recent discovery also highlights the lack of information among local fishermen and small scale fishing communities. Chinese fishermen, who have made a living out of fishing these sharks for a long time, are largely unaware that the species were already placed in protected status.