Study Concludes Sweet Tooth Hard-wired At Birth, Suggesting Some People At A Greater Risk For Obesity 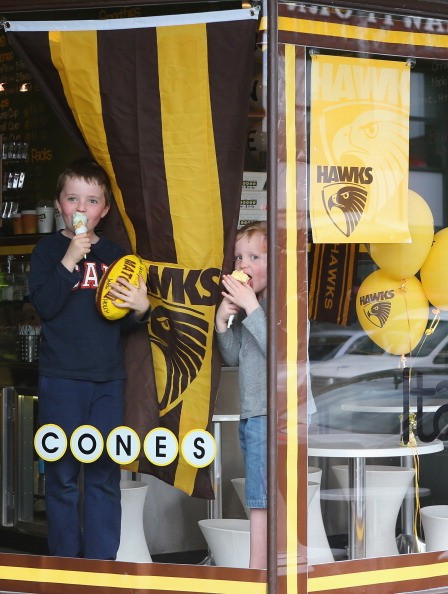 Study concludes some children like sweets more than others, placing them at a greater risk for developing unhealthy weight gain in the future.
(Photo : Photo by Scott Barbour/Getty Images)

A recent study says there is a factor that may help predict a child's obesity risk later as an adult. Apparently, a child's taste preference, specifically a preference for sweets instead of salty food early in life, could be an accurate predictive factor of the child's risk to experience excessive weight gain later in life.

This was the conclusion of a recent study made by researchers of C.S. Mott Children's Hospital of the University of Michigan, reports CBS News. The study involved 200 kids from low-income mothers who were instructed to fast their children for an hour before the kids were given a hearty lunch.

Researchers then gave the toddlers a variety of snacks containing both sweet treats like chocolate cookies and salty flavored ones like potato chips. The kids were then instructed that they could get as much as they want from the trays of snacks provided.

It was observed from the study that toddlers who showed a preference for the sweet treats generally ate more than those children who preferred the salty options. This behavior would place kids in this group at a higher risk for unhealthy weight gain, which usually starts to manifest when these toddlers reach the age of three.

The results seem to suggest that some people's taste preference may be hard-wired from birth. This preference for sweet makes them reach out for sugar-laden food items which increase their risks for obesity and other related diseases.

According to Dr. Juli C. Lumeng, study lead author and C.S. Mott Children's Hospital developmental and behavioral pediatrician, the observation gleaned from the study strongly suggests the possibility of genetics playing a greater role in obesity risk. Clearly, some people are genetically predisposed to a preference for sweet which, in turn, makes them more likely to experience unhealthy weight gain later in life.

For these children, Lumeng suggests that their parents should be more vigilant in what kinds of food are available in their homes to minimize weight gain. The pattern is particularly worrisome since the preference for sweet is something that could not be unlearned nor prevented, especially for children at such young ages.

Latest data on childhood obesity show a disturbing trend of the condition. According to CDC, childhood obesity cases have significantly increased in the past 30 years, quadrupling in adolescents while more than doubling in young children.