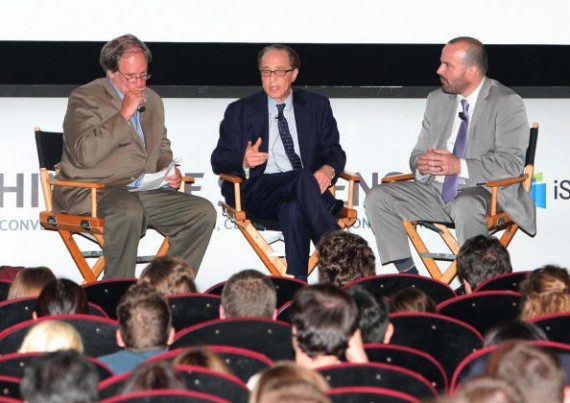 Futurist, author, inventor and computer scientist Ray Kurzweil wants to live forever. Recently, he revealed a way on how he plans to achieve immortality - by eating an astounding 700-calories breakfast.

Kurzweil plans to do this by eating healthy carbs that can fill one up without too much calories, reports Business Insider. Healthy carbs, which come mostly from whole grains and crops like sweet potato, are usually packed with fibers that could aid in digestion and keep diseases at bay. In addition, healthy carbs are low in glycemic index which makes it possible to avoid the dreaded sugar spikes associated with carbs from processed food.

Kurzweil also plans on eating a lot of protein from healthy sources. Protein is an important nutrient that can make one fell fuller for longer periods which could be beneficial for overall health.

However, Mr. Kurzweil isn't too concerned even if this diet fails him. Like most scientists, he has a failsafe in place in case the dieting does not work. In the event that he dies, Alcor Life Extension Foundation will take care of his body, according to Wikipedia. Alcor is a cryonics company authorized by Kurzweil to preserve his body at very low temperatures until such time that future technology will be capable of fully restoring his health and resurrect him.

Kurzweil is also a firm believer that future developments in technology will be able to solve all human problems, like the minor inconvenience known as death. In his interview with Playboy, he describes a point in time in the not-too-distant future which he calls Singularity where nanobots could reside within the body and repair whatever needs to be repaired. When this time comes, which according to Kurzweil could happen in the year 2045, people will no longer die.