Cheerios Tweet On Prince's Death: Find Out Why It Angered The Singer's Fans 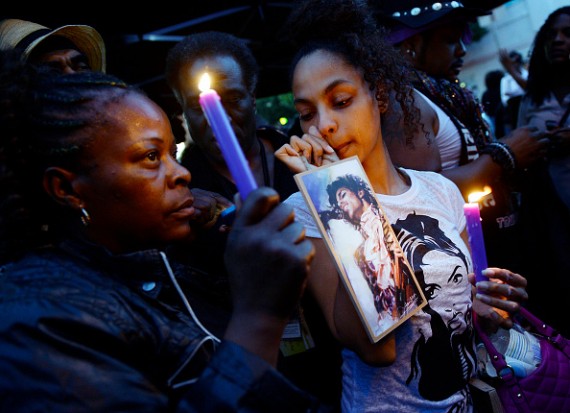 Beloved by many, the passing of the music legend came as a shock to many. Grieving fans are quick to react to companies who they see are trying to cash in on the media frenzy generated by the singer's death.
(Photo : Photo by Kevork Djansezian/Getty Images)

When news of Prince's death circulated, Cheerios was one of the first brands to acknowledge the loss of a musical icon via social media. General Mill's brand Cheerios posted via tweet a seemingly simple message saying "Rest in Peace." However, it rubbed the singer's fans the wrong way and the social media soon exploded with angry posts targeted at the Minnesota-based brand.

But why would such simple show of sympathy elicit such strong negative reaction from Prince's fans? After all, the phrase "Rest in Peace" is such a common way of expressing sympathy in such situation. But viewed by the singer's fans, the message is not a simple expression of sadness. They view it as some sort of cleverly designed advertisement.

For die-hard Prince fans, the tweet was not only tasteless, it was exploitative of the global focus on the music legend's death. Apparently, dotting the "i" in the message is a Cheerios, reports Fortune. This did not sit well at all with grieving fans who saw the move as an ill-disguised marketing attempt.

For instance, a twitter account under the name of Coin Flip Experts posted "Imagine Cheerios sending this after your father dies." Another Twitter user named Stephen Toulouse posted "I bet someone looked at that cheerios image and nodded 'that's perfect Todd. Subtle and tasteful. Tweet it.'"

Another Twitter user was quite direct to the point on what he thought what Cheerios tweet's real message is. Steve Kovach tweeted "Prince died. Buy cereal," report WSJ.

Seeking the negative reception, Cheerios immediately deleted the offending tweet. General Mills brand media relations manager explains that Cheerios just wanted to acknowledge the loss of such talented music legend who is also from Minnesota, the brand's hometown. They decided the remove the tweet because it was misinterpreted and out of respect for Prince.