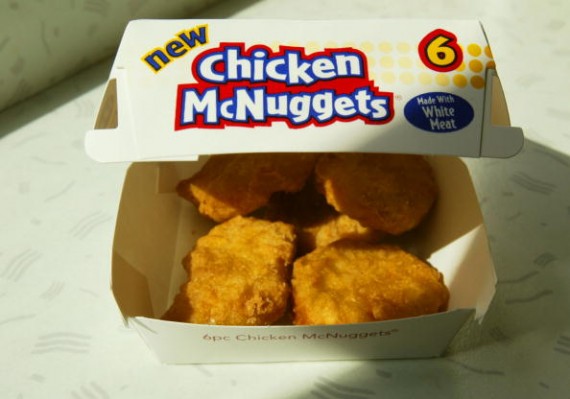 McDonald's famous McNuggets do not exactly qualify as health food; they are as ultra-processed as the rest and come with some undecipherable items in its list of ingredients. However, the world largest fast food chain is about to brush up McNuggets's bad image by removing some of its more mysterious additives responsible for its extraordinarily long shelf life.

McDonald's is testing a new recipe for the McNuggets, one that does not contain artificial preservatives, reports Yahoo News. Apparently, the chain realized that it failed to keep up with the changing tastes and preferences of fast food consumers. As a result, McDonald's lost some of its long-time customers over the years, a trend that the chain is bent on reversing by improving its core menu items.

Improving the chains McNuggets is just one of these changes aimed at bringing back its lost customers. Introduced in the 1980s, Chicken McNuggets became a poster child of the ultra-processed food industry, reports Stuff. There are actually no chunks of chicken meat in the nuggets but are rather made up of ground chicken, a glaring indication of its highly processed nature.

So how does the new recipe differ from the old, unhealthier one? The chain did not disclose the extent of change done to the new recipe but it confirmed that the new one still being tested no longer contains sodium phosphates, which is widely used in the fast food industry as a preservative and to keep the chicken moist.

In addition, the chain confirmed that the new nuggets would no longer be fried in oil containing TBHQ, another preservative. There have been concerns about the use of TBHQ as the chemical has been known to cause nausea, delirium, asthma and rhinitis in higher doses according to MedHealth.

The new McNuggets are currently available in 140 McDonald's outlets in Oregon and Washington. With an increasingly aware customer base, the chain hopes that the removal of the artificial preservatives would have a positive effect in terms of customer perception, an important factor in the decision-making process among modern fast food customers.