Cinnamon’s Surprising Health Benefits: Reasons To Include The Spice In Your Diet 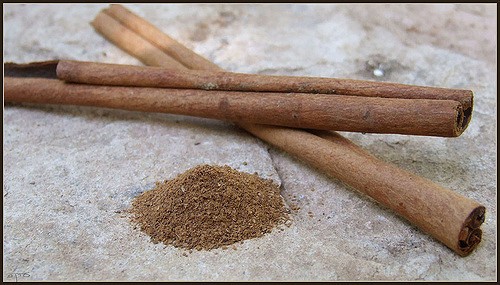 Cinnamon has been used as long has recorded history itself. The Egyptians used it in their embalming process and even the Old Testament mentions it as one of the ingredients for anointing oils. The ancients knew of cinnamon's health benefits and it was so treasured that at one time, it was said to be more valuable than gold.

But now that the price has stabilized and cinnamon is back to more affordable levels, common folks could now indulge in the aroma of this spice. In case one is not yet convinced to splurge a little for this spice once considered a luxury item, read on below to find how cinnamon may benefit one's health.

2.May Be Used To Manage And Even Treat Type 2 Diabetes

The spice's ability to restore insulin sensitivity could be employed as one of the possible treatments of type 2 Diabetes.  In type 2 diabetes, the body does not utilize existing insulin properly - a condition also known as insulin resistance.

Even those who do not have problems with blood sugar levels will benefit if they include cinnamon in their daily diets. Aside from improving insulin sensitivity and blood glucose levels, cinnamon has also been shown to reduce the dreaded triglycerides and LDL or "bad" cholesterol while increasing HDL or "good" cholesterol at the same time, reports Organic Authority.

In addition, daily cinnamon consumption can improve blood pressure and lipid profile, according to Dr Mercola. All these effects would surely mean that cinnamon supports a healthier heart.

4.Anti-inflammatory and Could Prevent Neurodegenerative Diseases

Cinnamon could exert positive benefits on the two most common neurodegenerative diseases; Alzheimer's and Parkinson's, according to Authority Nutrition. A study involving mice with Parkinson's show that cinnamon protected the neurons and as a result, motor functions and neurotransmitter levels were normalized. Another study showed that cinnamon inhibits the buildup of a protein in the brain called tau, which is a marker for Alzheimer's.

Cinnamon's anti-inflammatory property, due to the cinnamaldehyde it contains, could have a preventive role in the development of neurodegenerative disease. Chronic inflammation has been suspected to promote diseases like Alzheimer's, Parkinson's, multiple sclerosis, meningitis and even brain tumor. The spice, along with other anti-inflammatory spices like turmeric and ginger, could be the reason why Asia has such lower rates of neurodegenerative disease than the U.S.

5.Powerful Antioxidants - Could Prevent And Even Cure Cancer

Everyone knows that antioxidants are good but what is not so well-known is that cinnamon is loaded with antioxidants such as polyphenols. In fact, when 26 spices were ranked according to their antioxidant activity, cinnamon was ranked at the top soundly beating well-known superfoods like oregano and garlic. Cinnamon's antioxidant property is so powerful that it may be utilized as preservative.

This is probably the reason why these spices have been studied for possible cancer prevention and even cure. Previous animal studies have shown that cinnamon extract has a protective effect against cancer; it can inhibit a growth of existing cancer cells and even kill certain cancer cells. While more studies have to be made to verify its efficacy in humans, it does not hurt to use the spice in everyday cooking and reap its numerous benefits, known and still to be discovered.