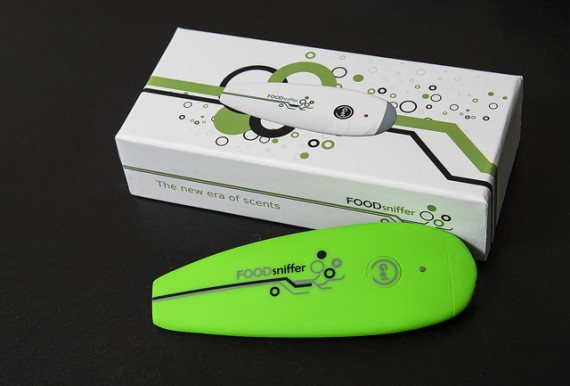 FOODsniffer is one of the modern means of avoiding food poisoning.
(Photo : Photo by Gene Wang/Flickr CC)

These modern day electronic tools known as apps has become so ubiquitous that they touch all facets of modern living from restaurant ordering and reservations, airline and hotel bookings and even taxi cab hailing. If a process exists in the real world, someone from somewhere is surely bound to develop an app for it in no time. Now, detecting and even preventing food poisonings is a breeze; apps have been developed to help one evade the hassle of being poisoned.

The author's aimless scouring of the web (prompted by an upset stomach) has surprisingly yielded not one but three apps for food poisoning - each unique in the way it approaches the problem. One app analyzes if a food item is nearing or past their recommended consumption dates, another analyzes whinings in tweets that could indicate food poisoning and yet another app actually tests a particular product whether it is still safe for consumption or for use in food preparation.

This app is free for download for both Andriod and iOS, reports WebMD. Developed by the U.S. Department of Agriculture, The Foodkeeper app aims to prevent food poisoning cases be keeping track of the recommended storage dates of food items in one's pantry, fridge or freezer. Once set, the app automatically sends notifications warning which products are nearing their shelf life.

The app also show recommended cooking methods for each food item to kill foodborne bacteria. In addition, the helpful app offers the user the most effective storage method to use for more than 400 items, which include meat, seafood, produce, eggs, baby food and dairy products.

Who knew that those incessant and sometimes irritating tweets might be useful after all? In fact, the nEmesis app depends on all those whinings for it to work - food and digestive related tweets to be exact.

Developed by University of Rochester computer science experts, the nEmesis uses geotagged tweets that contain possible food poisoning messages such as upset stomach and vomiting, to identify still-unreported cases of food poisonings and locate its possible source restaurant. To do this, the app uses natural language processing combined with AI and is still under testing in Las Vegas, according to News Medical.

By the way, the nEmesis app also shows that contrary to the common belief of scientists being dead serious in their job, the nEmesis app's naming actually suggests that scientists do have a sense of humor. The app's name without the "n", "emesis" is actually a medical term for vomiting which is one of the common symptoms of poisoning.

The FOODsniffer is probably the most target-specific of them all. FOODsniffer has two components, a small handheld device that can detect if a particular food item is spoiled and an app that can be installed in both Apple and Android gadgets which is used to analyze and display the result according to its website.

Operating the app is very simple. Just point the device to a particular food item, click on the FOODsniffer app to do a bio-organic test and the result is displayed, telling the user if it's safe to use or not. To answer the obvious question of the need to use FOODsniffer instead of one's nose to detect spoilage, the app's maker has a simple answer - one's nose can't be trusted to detect the minutest amounts of harmful bacteria that could be fatal.