Sugar Causes Brain Damage But Diet Can Heal It Completely: What Should You Eat? 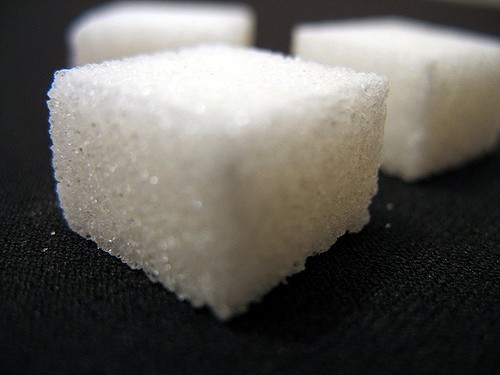 Sugar can damage the brain according to scientists, but a simple diet change can completely reverse the damage.
(Photo : Photo by Uwe Hermann/Flickr CC)

The verdict is in and it does not bode well for those with a sweet tooth. While sugar's negative effects on the body like diabetes, heart disease and obesity are well documented, a recent study shows that too much of the sweet thing damages the brain as well. Sugar can be addicting and it can often be hard to resist. However with this new research coming out you may want to look into more ways to curb your sugar cravings.

A recent study by the University of California, Los Angeles (UCLA) researchers came to a startling conclusion - excessive sugar intake damages the brain cells which leads to diseases like ADH and Alzheimer's, reports Telegraph. Using rats as test subjects, the scientists fed one group with water laced with fructose, a type of sugar found in fruits and vegetables, by an amount said to be equivalent to 1 liter of soda a day for humans. On the other hand, a control group of rats were only given plain water.

When released into a maze, it took the fructose drinking group twice as long to clear the maze compared to the group of rats which only drank water. Scientists concluded that the memories of the rats who drank the fructose mixture had deteriorated, which resulted in their slower maze escape.

UCLA released a statement regarding the finding stating that it was a worrisome discovery. Americans are heavily exposed to high-fructose corn syrup which is extensively used in the ultra-processed food industry because it is inexpensive, according to YahooNews. The alarming part is that the research now points out that consuming high fructose corn syrup for a long period of time could result in the development of degenerative diseases due to brain damage on the genetic level.

Fortunately, the scientists also tested a possible way to mitigate and even reverse the brain damage caused by excessive fructose intake. Another group of rats drank the fructose mixture but were also given a diet rich in omega-3 fatty acids docosahexaenoic acid or DHA. The result was amazing; these rats cleared the maze just as fast at the pure water drinkers, suggesting that DHA intake totally nullified the brain damage caused by sugar.

Xia Yang, a senior author of the study, noted that the introduction of DHA reversed the damage done by fructose. It appears that DHA rearranged the damaged genes back to their normal sequence. Another study author Fernando Gomez-Pinilla, suggests that the DHA has to be introduced via one's diet, adding that wild salmon, fish oils, walnuts and flax seeds are excellent sources of DHA.

It seems the lesson here is, if one is a sweet tooth that just can't resist a bite or two every now and then, one better bring a fish or two along for that brain damage reversal routine. Or probably walnuts might be the less fishy option.

Kratom Tea 101 - Everything You Need To Know