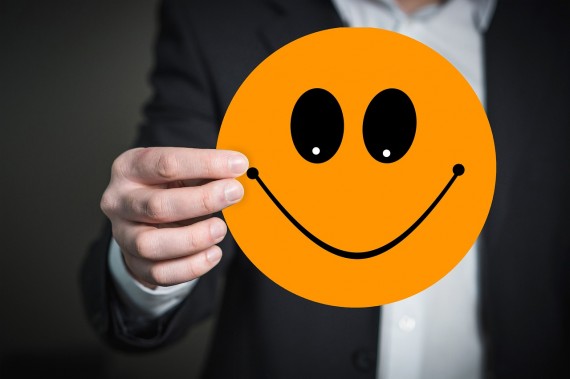 A recent study by sensory researchers at Kansas State University's Olathe campus finds that emojis are a viable alternative to words when it comes to accurately measuring how kids feel about food, products and other experiences.

The results appear in the study, "The emoji scale: A facial scale for the 21st century," which was published in the March 2018 issue of the peer-reviewed scientific journal Food Quality and Preference.

The research was conducted by Marianne Swaney-Stueve, research assistant professor of food, nutrition, dietetics and health, and manager of the Sensory and Consumer Research Center at K-State Olathe; Tegan Jepsen, sensory analyst at the center; and Grace Deubler, master's student in food, nutrition, dietetics and health with an emphasis in sensory analysis.

Currently, young consumers rate their satisfaction and feelings about foods and products using an industry-developed nine-point hedonic scale. The scale -- also called the "P and K Super Good-Super Bad Scale" -- asks participants to categorize their thoughts and feelings about a product into one of nine categories, which range from "super bad" to "super good."

For the study, researchers wanted to know whether a consumer response scale made only of emojis provided the same accuracy and nuance in measuring kids' emotional responses as the industry standard nine-point scale, which is text only.

"We've shown in past studies that emojis are very easy for kids to understand," Swaney-Stueve said. "Regardless of the country where they live and the language they speak, kids understand what the emojis mean. Also, unlike some of the existing analysis scales that use cartoon faces, emojis don't look like a specific gender or have features that only apply to a specific culture."

Researchers conducted an online study with 214 kids between the ages of 8-11 years old in the U.S. Participants were asked how much they liked, disliked and felt about a range of pizza toppings.

"Pizza is a good baseline food because there are so many different toppings, including controversial ones for kids, such as mushroom and onion or buffalo chicken," Swaney-Stueve said. "We chose a range of toppings to really test the spectrum of the scale."

Kids also were asked how they felt about common experiences, such as cleaning their room, visiting the dentist, going on a school field trip and baking cookies.

Kids rated each pizza topping and experience using both the nine-point "P and K scale" and the emoji scale.

Results showed that participants' answers recorded on the "P and K scale" aligned with answers they recorded on the emoji scale. This indicates that liking and emotional response are interchangeable for children ages 8-11, Swaney-Stueve said. Additionally, the kids used the entire emoji scale; there was no bias for any particular emoji.

Researchers recently finished conducting a similar test with potato chips in China and the U.S. Similar results were found in both countries when evaluating the product.

They plan to continue testing the scale with products in Egypt and countries in Latin America -- regions with very different languages and cultures. If the results are the same as those from the U.S. and China studies, the emoji scale may prove to be a simple, universal way to test products throughout the world.

"Currently, if a big multinational company wants to test a product worldwide, they translate the 'P and K scale' into the language they need," Swaney-Stueve said. "While a phrase like 'super good, or 'super bad' means something in the U.S., it may not have the same connotation in another country. Emojis, though, have a universal meaning. So the ability to compare a product's scores from one country to the next is going to be much more standardized."

The study is a continuation of the doctoral project by Katherine Gallo, a 2016 Kansas State University doctoral graduate, who looked at whether emojis could reduce the amount of food grade school students throw away at lunch.

The study published in Food Quality and Preference was initially conducted using emojis from Apple Inc. While the company granted K-State Olathe permission to use its copyrighted images for the study and has done so with previous emoji-based studies, permission is needed from Apple each time a study is done that involves emojis.

The K-State Olathe researchers commissioned a graphic designer to make custom emojis: ones that are similar yet different than those copyrighted by Apple and the various Android smartphone manufacturers, which each have their own copyrighted emojis.

The study has been replicated using a scale comprised of the custom emojis. This lets researchers reproduce the original study's conditions while also benchmarking the accuracy of their custom emojis to the Apple-based emoji scale first used.

The commissioned emoji scale is named the K-State Emoji Scale and is open-source.