Fans Mock Gordon Ramsay After Seeing This in His Fridge 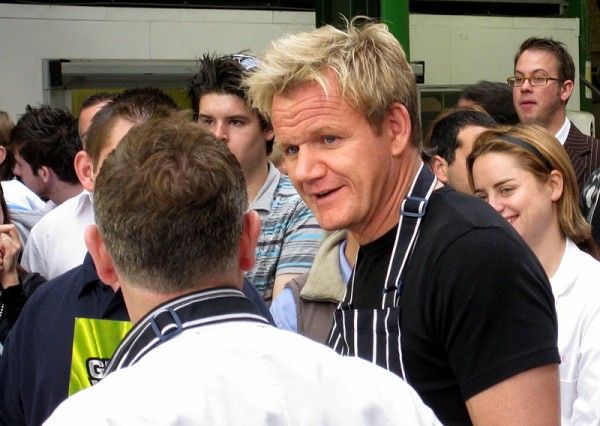 Who would have thought that celebrity chef, Gordon Ramsay, famous for his harsh comments and hotheaded temper inside the kitchen, has a huge addiction for luxury water brand Evian?

In an episode of MasterChef Australia: Back to Win, Gordon Ramsay makes a guest appearance. Little did he expect that his special appearance would have fans poking fun at him as he gives them a peek at what's inside his refrigerator.

With MasterChef Australia: Back to Win down to its final four contestants, these home cooks were met with a mystery box challenge.

Appearing only through video from his home in Cornwall South West England, Gordon Ramsay presents the mystery box challenge with a new twist as he swings open his fridge. The challenge was to cook something out of the food items found inside Gordon's refrigerator.

But fans and viewers were quick to disregard the food items inside the chef's fridge. Instead, they wittingly made fun of a particular item found inside the refrigerator, and that was the Evian water bottles neatly stacked at the top row of his fridge. What made it stand out? There were just so many of them.

Fans even speculate that Gordon Ramsay was among those who did panic buying at the height of the coronavirus pandemic, which resulted in his abundant stash of French Alps water.

MasterChef Australia: Back to Win is the 12th series of the installment. It features high-achieving home cook contestants from the previous seasons, returning to the MasterChef kitchen to have another go at being Australia's MasterChef.

What the Fans Had to Say

Tim Hutton said on Twitter, "this week's mystery box is just 500 Evian water bottles." His tweet was made about the challenge that the home cook contestants are to make a dish out of Gordon Ramsay's fridge contents.

Ruby Horan asked on Twitter if Gordon Ramsay is sponsored by Evian water or if he was really into the water brand.

Michael Hart said in a tweet, "if you're Gordon Ramsay-level rich, you can afford a tap that only spits out filtered bubbly water."

A Twitter user said, "wouldn't call Gordon's fridge 'very British' Mel when 75% of its contents were water from the French Alps."

Another tweet also said that with the amount of Evian water inside Gordon Ramsay's fridge, he was among those who succumbed to panic buying. "How many bottles of water does Gordon Ramsay have?! Talk about panic buying," the tweet said.

"Why does Gordon Ramsay have so much bottled water? Use a tap, mate!" another Twitter user said.

Perhaps Evian water was all the celebrity chef needed to cool down since he is frequently stressed out when dinner service is not smoothly as planned.