Restaurant Industry in the US Suffers Due to COVID-19 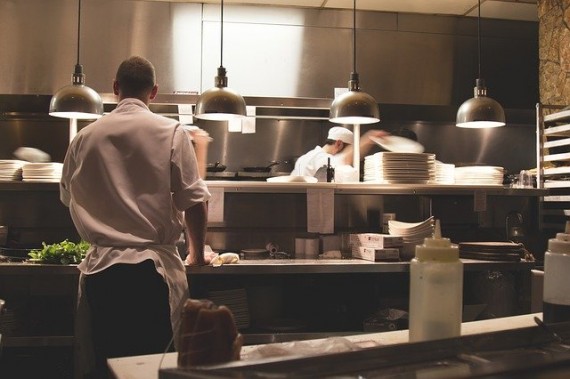 The United States is one of the countries that are severely struggling with the global pandemic. In the first few months since the COVID-19 broke out, the US had a hard time to cope with the situation. Up until now, the country is still trying to recover.

In the US, the restaurant industry is one of the sectors most affected by the pandemic. According to Bruce Grindy, the National Restaurant Association's chief economist, he foresees a massive decline in terms of revenues for American restaurants.

Grindy reveals that the sales of restaurants, cafes, and other eatery places in the country have dropped. In the press release, he explained that sales have decreased by $116 billion from its predicted and expected numbers.

Since lockdowns were imposed in most states, restaurants, lodging, recreation industry, healthcare, education, and retail stores were forced to close. With that, an estimated $145 billion was lost in revenue in the past four months.

Although there are restaurants that remained open for takeout, pickup, and delivery, those establishments will officially close one of these days.

According to Future Busines Survey, the US is a part of the fraction. On a global scale, the restaurant industry is continually showing a downward curve. The pandemic has caused adverse effects in hotels, cafes, and restaurant sectors.

Reports show that 50% of businesses that have declined sales are restaurants and a rising 69% in logistics and transportation.

Even though some states are reopening their economy-- with proper COVID-19 measures being imposed — the recovery is still running slow. Experts believe the restaurant industry can do so much more. However, with the pandemic still going around, restaurants can only perform with a limit.

The restaurant industry's recovery stage will also help business owners see whether they can go back to how it was during the pre-COVID time. It will also help them balance if they have to adapt to the new normal where people would instead cook at home.

Adapting to the new standard can be tough, and it will take time for restaurants to cope with it. Although restaurants are limited due to COVID-19 measures, some states have allowed dine-in in some stores.

Meanwhile, Hong Kong is now getting ready to close down again, including its restaurant industry, because of newly reported COVID-19 cases. The country's positive cases are resurfacing and starting to increase again.

Just like Hong Kong, the United States is continuously getting more and more positive COVID-19 cases. There are about 21 states that are in red zone alert. In a day, over 100 new infections are reported. Things are just starting to get worse than it already is.

Although there are other countries, such as New Zealand and Canada, that have few and controlled cases, it still does not change the uncertainty of when the pandemic will be over.

The uncertainty of how long the pandemic's effects have caused tons of damage, especially in the country's economy.