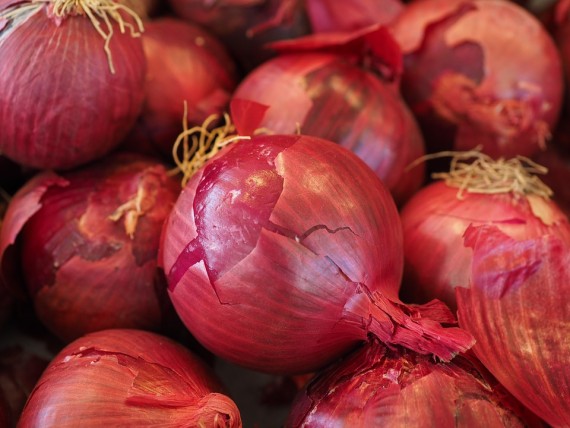 Aside from the ongoing global pandemic, the United States is also suffering from a massive salmonella outbreak. Weeks ago, salmonella cases popped out in different parts of the country. Experts have yet to find out the cause of the illness, but new findings were just reported.

Unfortunately, the salmonella outbreak is not only happening in the U.S, but cases were also reported in Canada. Most cases came from the Central and Western parts of Canada. As experts and health authorities are looking into it, they might have figured out what caused the illness.

Earlier this week, health officials in Canada reported that the salmonella might have come from American red onions.

According to a statement released by Canada's Public Health Agency, over 50 positive salmonella cases were reported from last week. Overall, there are now 114 active cases of salmonella in Canada's provinces.

In those numbers, 16 people were hospitalized, and no deaths were reported.

Victims were mostly from five of Canada's provinces, including Manitoba, Ontario, Alberta, British Columbia, and Saskatchewan. Citizens in those provinces were asked to refrain from eating American red onions and food products containing such. This memorandum will be checked highly until the outbreak will cease.

Doctors and other health authorities are also forcing grocery stores, retailers, and restaurants to dispose of American red onions. They are prohibited from selling it or serving food with it.

One person under investigation showed symptoms of salmonella. The resident reported he felt sick after he came traveling from Alberta. Other patients who also got sick have consumed American red onions according to their food history records.

Most who became ill admitted to having eaten red onions in their homes, food establishments, and care facilities. With that, the Canadian Food Inspection Agency is investigating the import of red onions from the U.S. to Canada. The investigation did not include red onions grown in the country.

Who can get salmonella infection?

Anyone can get salmonella, including children under five years up to senior citizens. It can also get in contact with pregnant women and anyone who has a weak immune system.

You will know if you have salmonella due to these symptoms:

Along with the memo that the public health agency provided regarding red onions, here is what you need to do if you have red onions at home:

Restaurants, groceries, supermarkets, and retail stores are advised to ask their suppliers where the red onion stock came from.

ALSO READ: Salmonella outbreak increases in the US