Taco Bell fans rushed up to get their favorite Taco Bell food as some of the items on the menu have been removed.

On August 13, Taco Bell cut 12 items on the menu, including Nachos Supreme, potatoes, and loaded grillers. 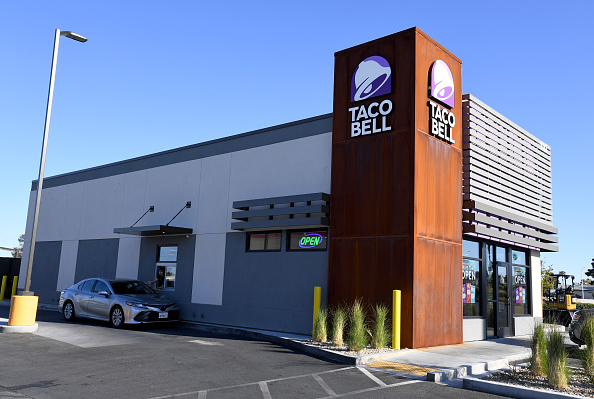 (Photo : Ethan Miller)
Taco Bell To Hand Out Free Tacos And Donate Funds To Childhood Hunger Campaign LAS VEGAS, NEVADA - MARCH 30: An exterior view shows a Taco Bell restaurant on March 30, 2020 in Las Vegas, Nevada. Taco Bell Corp. announced that on March 31, 2020, the company will give everyone in the country one free beef nacho cheese Doritos Locos Taco, no purchase necessary, to drive-thru customers at participating locations while supplies last as a way of thanking people who are helping their communities in the wake of the coronavirus pandemic. The company also announced it would relaunch its Round Up program, which gives customers the option to "round up" their order total to the nearest dollar, to raise funds for the No Kid Hungry campaign. The Taco Bell Foundation will also be donating $1 million dollars to the campaign.

According to the Business Insider, Taco Bell announced the cutting of the items in July. Fans of the removed items on the menu took to social media to express their opinions on the changes. Many Taco Bell fans were enraged to see potatoes disappear from the menu.

I’d like to say so long and goodnight to some of my favorite potato items. You’ve done more for me than you’ll ever know. pic.twitter.com/DyOiA4kg7l — cop hater (@bd0ugz) August 12, 2020

Several disappointed fans shared in social media their favorites on the eliminated food items before the menu was changed. Some have even shared recipes on how to recreate the menu items. The LifeHacker published a guide on how to create the potatoes at home while the food influencer, Stephanie Cummings, posted her version for a homemade Quesarito.

View this post on Instagram
In honor of Taco Bell revamping their menu, I bring you the homemade quesarito. It might be the best thing I’ve eaten so far in 2020, and that’s a bold statement given what a junk drawer of a human I’ve been throughout quarantine. Buttery homemade tortillas, shredded cheese, cilantro lime rice, spicy seasoned ground beef, and QUESO. Recipe link in profile. A post shared by  Stephanie Cummings (@saucedchef) on Jul 31, 2020 at 10:19am PDT

Last month, Taco Bell said it would add two new options: $1 beef burrito and $5 Grande Nachos Box. The chain hinted that a new plant-based "meat" choice is in the process for vegetarians and vegans who were upset about the end of serving potatoes at Taco Bell.

For your reference, here is the list of Taco Bell food items cut from its menu:

As Taco Bell removed some of the fan-favorite menu items, the chain was reportedly testing a new fried chicken option to serve Crispy Chicken Wings at a California location, as per FoodBeast.

The Mexican food chain advertised the wings at Taco Bell's drive-thru and described it as "five-piece crispy chicken wings with spicy ranch sauce." The sign states that the bone-in drums and flats were breaded and flavored with "bold Mexican seasoning" for only $4.99.

In a statement to PEOPLE, Taco Bell said: "We're always innovating and listening to our fans and chicken is just one category that we're excited to explore further and put our Taco Bell spin on."

The wings have been spotted at the Fullerton, California only, and fans who have tried the new product loved it. The latest review from "Peep This Out" Youtube channel stated that the wings are fried perfectly, not oily, and the meat's quality is solid.

Meanwhile, as per PEOPLE, the famous Taco Bell's Quesarito will be removed from the in-restaurant menu only but will still be available to order online or through the Taco Bell app.

The changes happened when Taco Bell spent months analyzing the new way to run their restaurants, a spokesperson for the company told PEOPLE.

"With safety top of mind, we want to ensure an easy, and fast ordering experience for our guests and team members," the spokesperson said. "While some old favorites may be retiring, the continued creativity coming from our Food Innovation Team is non-stop."