Governor Roy Cooper of North Carolina pushes for food aid amid the increase of people who suffer food insecurity.

On Thursday, Cooper visited a food bank due to the rise of food insecurity during the COVID-19 pandemic. His visit was one of the governor's several public events in recent months as the state followed Cooper's executive orders that aim to slow the spread of the novel coronavirus.

According to US News, North Carolina has more than 161,000 confirmed cases of COVID-19 within the 2.1 million completed tests. The reopening of universities in recent weeks have accounted for many of the new confirmed cases. 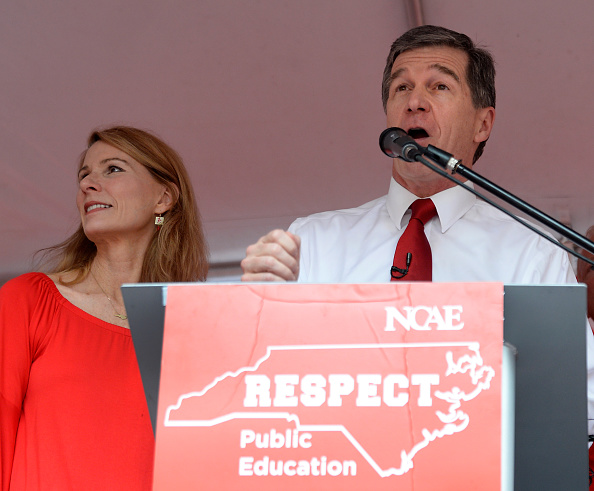 At the Raleigh food bank, Cooper told the reporters on Thursday that it is "too early to say" if the universities' coronavirus case clusters and the closing of schools will affect if more K-12 schools can go back to in-person classes. Cooper said that the universities took the needed action to deal with their situations. Besides, Cooper's administration will continue looking at the numbers overall in North Carolina.

"We very much want to continue moving forward. I'm pleased that our numbers have stabilized over the last month or so, and we look forward to continuing to slow the spread, continuing to grow the economy and also trying to help people who are in need," the governor said.

Cooper reiterated that it is crucial to get back in school as soon as the children's safely can.

As per MSN, Gov.Cooper visited the Food Bank of Central & Eastern North Carolina in Raleigh, where Elevation Church volunteers were sorting food donations in a warehouse. Jennifer Caslin of the food bank said that food insecurity declined before COVID-19. However, as one in three children and one in five adults is considered food insecure. Caslin noted that it is not just the limited food access because of being away from schools but also because of the children's parents' economic impact.

Cooper talked to volunteers about the things that they are doing. The governor who wore a mask just as all staffs and volunteers did thank them for their efforts.

"What you guys are doing is important. I do know that some relieved people get food boxes," Cooper said.

Meanwhile, for the Raleigh food bank, volunteers are excited about the coming of the help at the state where people can scatter out more quickly than other branches. According to Caslin. Donation levels are higher during pre-coronavirus. However, at the start of the pandemic, recipients received lower than what they usually receive.

On September 2, the state legislature will return to Raleigh for their brief session. The General assembly is said to determine how they will manage the rest of the federal CARES Act fund for COVID-19 relief. Cooper laid his budget proposal in a news conference on Wednesday, as per AP News.

Among Cooper's proposals were school support staff, one-time bonuses for teachers, community, and principal college employees, and using existing general funds. North Carolina's governor wants the legislature to invest in health care, education, and high-speed internet. Gov.cooper also proposed a $50 million to address food insecurity and food banks. "If there's ever a time to give people help, it's during a pandemic," GOv.Cooper said.