Food Aid Boxes Now Include a Letter From President Trump

Food aid boxes created by the U.S. Department of Agriculture (USDA) aims to deliver fresh vegetables, milk, fruits, and meat to the hungry families amid the COVID-19 pandemic.

However, the boxes under the "Farmers to Families Food Box Program" now have an extra ingredient, a letter from the White House signed by President Donald Trump.

According to Feeding America, a nonprofit anti-hunger organization, some of its food banks reported receiving the letter in food boxes. This raised concerns from its members, given that nonprofits are not allowed to make political endorsements.

The Democratic lawmakers claimed that the letter is "self-promoting" and "inappropriate" as it was distributed before the November 3 presidential election, as per the letter the USDA received on August 14. 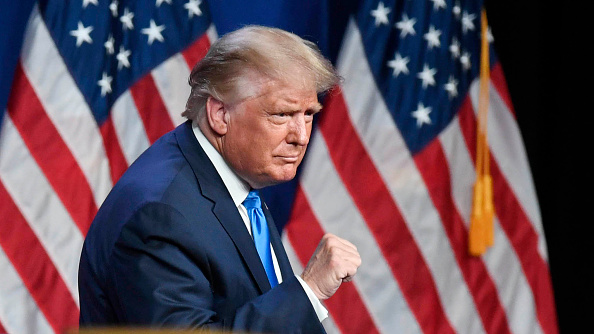 Feeding America believes that it is allowed for food banks to distribute food aid boxes with the letter as it focuses on the program and reiterates safety advice about practicing social distancing and washing hands properly.

The Republican President's message did not mention the election and did not plug for his re-election. Trump has also praised the government's efforts to provide food aid boxes to hardly-hit families.

As per the copy of the letter obtained by CBS MoneyWatch, Trump stated: "safeguarding the health and well-being of our citizens is one of my highest priorities."

The USDA has yet to comment about the letter's inclusion in the food aid boxes.

Carrie Calvert, managing director of government relations at Feeding America, said: "We've heard from several of our food banks about the letters. Their first question was, Is this allowed, as an organization, to distribute the letter?"

According to the USDA, the agency has distributed almost 80 million food aid boxes between May 15 to August 31. It is undetermined how many Trump's letters were included in the boxes, as per ProPublica's last report.

According to CBS News, the letter included in the food aid boxes reminds us of Trump's previous effort, mailed to about 160 million taxpayers who received the stimulus checks.

The letter included in the stimulus checks aims to notify people about the one-time payment. The letter also contains praises for the U.S. government's efforts in helping struggling Americans.

Both the food aid boxes and stimulus check letters have a distinctive signature of the President that appears at the bottom of the page. Also, both letters have English on one side and Spanish on the other side.

Food Delivery Customers: More than 20% of Them Encounter Problem