It has become a routine for most office workers to opt for food delivery when the air quality outside is terrible. However, this poses another problem, according to research done by the National University of Singapore.

He states that while more research is being conducted on the impact plastic pollution has on the natural environment, they see less work in comprehending human behavior that contributes to plastic pollution.

Professor Alberto Salvo said that this is where the research aims to reveal a strong link between air pollution and plastic waste pollution through the demand for food delivery. 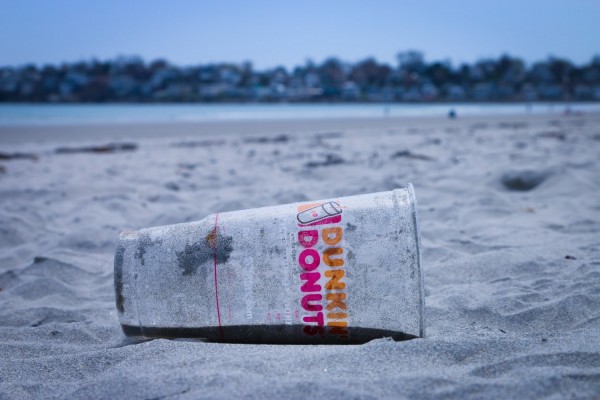 He also said that the air quality in the urban developing world is routinely poor. In addition, in the past decade, the food delivery industry has grown significantly. He further mentioned that the evidence collected shows tons of single-use plastic in delivered meals, from containers to carrier bags.

The study published in Nature Journal also shows that additional factors such as high activity in urban areas, busy work routines, and the present global pandemic have contributed to the increase in food delivery services.

According to NUS News, the study focused on China, being one of the world's heaviest users of online food delivery service platforms.

It is revealed that in China alone, there are an estimated 350 million registered users. On a daily basis, around 65 million food containers are discarded all over China, one-half of which are from office workers.

Surveys were conducted on three of the smog-filled cities in China, namely Beijing, Shijiazhuang, and Shenyang, from January to June of 2018. Data from an air-monitoring network in all three cities showed that during lunchtime, PM2.5 levels were usually well above the 24-hour US National Ambient Air Quality Standard of 35 μg/m³.

The data collected indicated a strong link between haze pollution and food delivery consumption. Assoc Prof Chu of the Department of Marketing at NUS Business School echoed this as the reason why an office worker would often avoid stepping outside the office and resort to online food delivery services instead.

The NUS team was able to quantify the varieties of disposable plastics used from the multitude of photos submitted by the office workers.

The research also showed that an increase of 100 μg/m³ PM2.5 also raises plastic use by an average of 10 grams.

In their continuing efforts, the researchers aim to work more on behavioral feedback by which pollution begets pollution.

The perfect example they are currently looking into is how the concern over covid19 results in the increasing demand for home deliveries, which also uses plastic containers.

Subsequently, they also hope that this study will help promote the use of eco-friendly food packages as well as create initiatives to improve waste management.

Must-Try TikTok Recipe Hacks to Save Your Thanksgiving Dinner

‘Umami Synergy’ Is Found To Be The Reason For Oysters And Champagne’s Perf ...

10 Fancy Thanksgiving Dishes From Top Hotels Around The World

How do you feel about an AI taking your order?