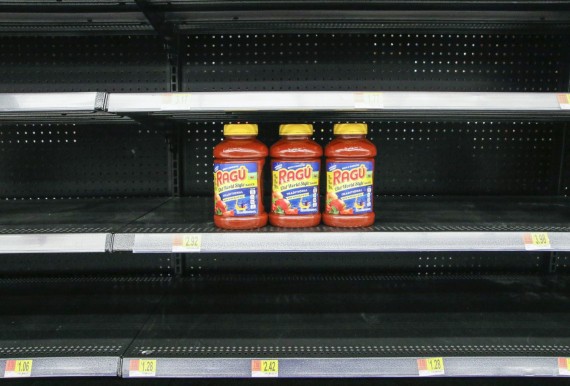 When shelter-in-place was imposed all all over the world, those who had the chance to go to the groceries and supermarkets deliberately got loads of supplies, leaving the shelves empty for the next customer.

Next to health and safety concerns, food shortage was one of the immediate results of the pandemic. It took a while before stores were able to replenish their stocks of staple food items, but still in limited quantities.

The Guardian mentioned that the world is on the brink of food shortage worse than anyone has seen or experienced for at least 50 years.

With the changing of the season, you might want to consider getting some food items that can easily go out of stock again.

Food items that may be hard to find this fall

With lockdowns and limitations in place, workers are being slowed down impacting food production and delivery. Expect to have a difficult time getting your usual supply of the following items.

With most people staying at home and developing new hobbies, many people decided to try their hands at baking. The Washington Post mentioned that people are baking their own bread resulting in a shortage of flour and yeast. Aside from enjoying the activity with family members, there's something fulfilling in creating something out of your hands. Thus, baking supplies quickly disappeared from most stores.

Since fall and winter time are said to be high times for baking, it will be wise to get some extra baking supplies when you can. Even when you don't get to bake that much, having some extra yeast, baking powder, and sugar wouldn't hurt as you will need them soon enough.

Next to bread and potatoes, corn is considered as one of the staples when dining. Hence, canned cord was one of the items that shoppers hoarded since the onset of the pandemic, resulting in shortage of this item. It wasn't easy to replenish since corn is only available for harvest once a year according to The Wallstreet Journal. As the holiday season approaches,  producers will surely experience challenges in keeping up with the demand for canned corn.

Who does not love a hot bowl of soup especially during cold seasons? The demand for canned soups is high even before the pandemic, as busy people wanted the option to just open a can and heat the soup. When the pandemic was confirmed, many people thought of stocking canned items for longer storage, canned soups being one of them. With the shortage of canned soup in the stores, your best bet would be to prepare soup the old-fashioned way, grabbing whatever meat bones, ingredients, and spices you can find in your kitchen.

There was a decline in the supply of sodas in the recent months, with the shortage specifically evident for brands like Dr. Pepper and Coca-Cola. Coca-Cola company said it is their decision to scale back on the variety of drinks they produce to adjust to the current conditions. With the shortage of canned sodas, now might be good to try healthier options such as fresh fruits or soya drinks.

What can we do?

People are known for their resiliency and innovation, Even with the lack of some items, we keep our hopes high and live with what we have and do what we can to thrive in spite of the uncertainty brought by this pandemic.