Finally, someone is stepping forward to prevent any ice cream-related disappointment every time a McDonald's Ice Cream Machine goes busted.It is not easy to be a fan of McDonald's ice cream.

There are days when you decide to cruise through the drive-thru only to be told the ice cream machine is broken. That is an ongoing problem that nearly every McDonald's customer has likely experienced, perhaps multiple times.

The saddest part is that when the ice cream machine is down, it eliminates almost all dessert options on the menu.

The fast-food giant has been serving up some form of ice cream since way back in 1940, but it is not until 1978 that they started serving sundaes.

Soft serve is used in more than 60 percent of McDonald's dessert menu, which creates a problem if an ice cream machine breaks down. As a result, fans are turning to social media to make the issue known. 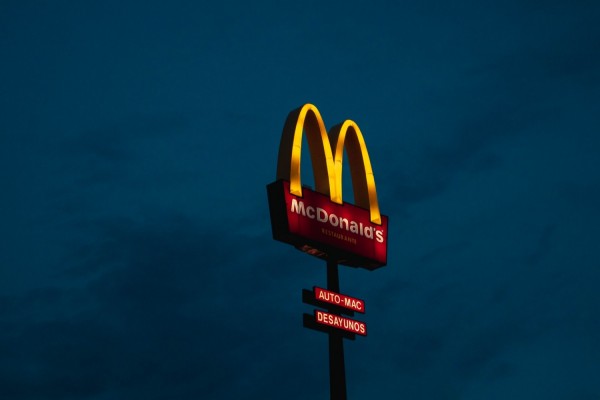 According to Reader's Digest, there is actually a reason why these ice machines often go busted but are they really broken?

As it turns out, these machines are not entirely broken, but they can't function while undergoing maintenance or cleaning. It has been revealed that the machines go through a laborious cleaning cycle that can last hours.

Cleaning these machines is not as easy as wiping down a machine. The whole process involves an 11-step procedure that includes using a sanitizer or warm water mixed in to clean seven removable parts of the machine.

As for the two irremovable parts, they require scrubbing for at least 60 seconds. After that, the entire exterior of the machine is wiped down with a sanitized towel.

During the entire labor-intensive process, the machines are unable to function as it should. Also, if the crew is busy doing other important tasks around the kitchen, the machine sits unassembled and inoperable for an extended period.

Upon accessing the page, a map of every McDonald's location in the United States is displayed and denoted by dot clusters. The stores with a working ice-cream machine get a green dot, while a red dot represents those without one.

Reports said that Zahid developed the McBroken over the summer. This came after a frustrating trip in one of McDonald's in the Kreuzberg district of Berlin, where he attempted to order a McSundae from a touchscreen kiosk that turned out to be unavailable at that time.

According to Zahid, he has a knack for poking around in different apps and is familiar with reverse-engineering. After several tweaks to get the correct configurations, he decided to run the app in Germany.

To determine if the app can collect accurate information, he biked around the area, and he placed manual orders of sundaes. In the end, his creation passed with flying colors and, at present, has expanded in the U.S.

Related article: McDonald's Announces The Nationwide Return Of McRib Since 2012