Maryland proposes a bill that would overhaul the food served to children in fast-food chains and restaurants in the county.

According to reports on Civil eats, a council in Prince George, Maryland, will hold a public hearing on the Healthy Kids Meal Bill or County Bill 071. As stated in County Bill 071, a five-year plan will be set in motion to safeguard the health of children through an act focusing on healthy children's meals and beverages. 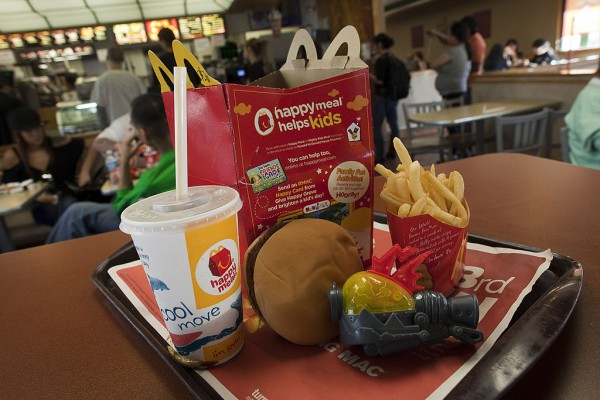 Supporters of the bill are expecting it to pass with a unanimous decision from the Council with 11 members. Once passed, the said bill will be the most comprehensive health nutritional children's meal policy in the country.

Reports claim that in the following two years, all retail food businesses will be required to offer water, milk, or 100 % juice as part of every children's meal. The bill also states that these should be the default option of beverages instead of soda. Additionally, food establishments will also be required to offer at least one healthy side dish and one healthy main course for the next five years.

In 2018, a similar bill was passed in Baltimore, which became the Healthy Kids Meal Bill's basis. The Baltimore Bill was said to be the very first bill focusing on children's health on the East Coast. To date, there are around 20 cities and counties that have successfully passed a Healthy Kids Meal Legislation.

Sugar-Free Kids Maryland Executive Director Shawn McIntosh says that he believes that the bill will set a new precedent since the proposal takes it several steps further than the existing ones.

On the other hand, (RAM) Restaurant Association of Maryland Senior Vice President of Government Affairs and Public Policy, Melvin Thompson, expressed concerns over the timing of the Council's consideration of the bill. He said that this might impose more restrictions on foodservice businesses.

However, Harrison does not seem to be wholly convinced since fast-food chains appeared to be thriving despite the pandemic. She added that McDonald's, Coca-Cola, and Pepsi reported exceeding profit margins amid the covid-19 issue.

The Council members and health advocates also argue that covid-19 has aggravated the county's existing health and economic problems. At present, residents continue to rely on take-outs and delivery as meal options due to the increasing cases of covid-19 infections. For this reason, the Council sees the bill as a way to improve the long-term health of their people.

Policy Associate at the CSPI, Sara Ribakove, agrees to this by saying that the pandemic highlights the need for more legislation that focuses on moving communities to a healthier path and provide more access to healthier food options. She also adds that more nutritious food choices help reduce a person's susceptibility to chronic diseases down the road, including hypertension, Type 2 diabetes, and heart diseases.

Related article: Mom Shares Her Healthy Fake 'Happy Meal'- They Cost Less Than HALF of What She Pays at McDonald's