The largest candy maker in the world, Mars, just acquired Kind Bars in a deal priced at $5 billion.

According to Forbes, a statement from both Kind Bars and Mars reveals that a deal was already made between the two, though specific terms of the agreement remain unclear.

It was reported that Daniel Lubetzky, CEO and Founder of Kind Bars, will retain a stake in the company and will stay involved.

Kind Bars was founded in 2004 by Lubetzky. At that time, the start-up value of the company was $100,000, which was mainly from Lubetzky's profits from the marketing, consulting, and distribution firm that he previously founded.

Walmart picked up Kind's bars in 2007 but dropped the brand the following year. The reason mainly focuses on Kind Bars' lack of sufficient tracking and monitoring.

In 2009, Kind Bars successfully entered a partnership with Starbucks. The success of this deal prompted Walmart to take it back after three years. A few more years later, Target began to sell Kind Bars at their stores.

Kind Bars also made moves to expand further its company, which happened when they decided to acquire Creative Snacks.

The acquisition of the North Carolina-based snack manufacturer by Kind Bars is a way to show their commitment to becoming a global leader for health and wellness. However, Kind Bars also had its fair share of misgivings.

In fact, in 2019, it was reported that it decided to lay off about 90 of its team members for its account management team, field sales, and field marketing. This move affected around 15 percent of its entire workforce. 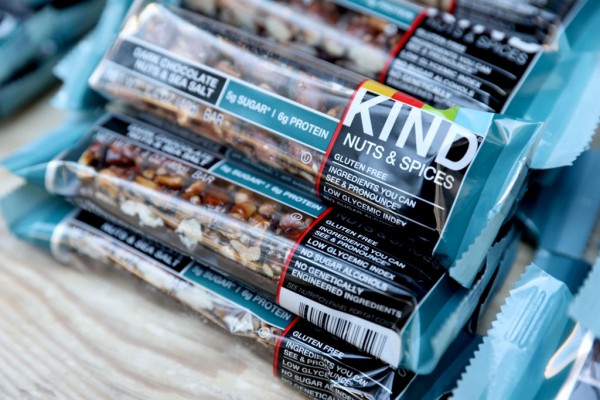 Additionally, Kind Bars have received criticism over its claims of championing health and wellness. Several nutrition experts say that Kind bars are not nutritious, despite the company's claims.

Pediatric Endocrinology Professor Dr. Robert Lustig noted that if we give Kind Bars a rank based on Coca-Cola being one, which is the least nutritious, and Whole Foods getting a 10 being the most nutritious, Kind Bars would be at four.

He added that just because it's less unhealthy than other food choices does not make it healthy.

Professor Marion Nestle of NYU's Nutrition, Food Studies, and Public Health said that Lubetzky is such an excellent marketer that he could position Kind Bars as a healthy food choice and manage to make it accessible to many.

On the other hand, according to News Crater, Mars is estimated to have a net worth of $28.9 billion. Siblings John and Jacqueline Mars reportedly own one-third of the company. The other four children of the late Forrest Mars Jr. owns the rest of the company.

It was in 2017 that Mars reportedly bought 40 percent of Kind Bars for a price unknown to the public. It made Lubetzky's net worth increase to an estimated $1.5 billion and landed him a cover for the Forbes magazine.

At present, Kind Bars has $1.5 billion in sales despite the challenges it has experienced over the years. Besides, Lubetzky states that Kind Bars is currently well-positioned to advance its efforts further and continue establishing a maximum health and wellness platform.

Quesadillas With a Twist: This TikTok Tortilla Trend is Taking the Internet by S ...