Studies showing a significant association of what we eat to our body's various functions is not something new.

There have been studies on how to boost brain function by eating certain types of food. A new study from Iowa State University focuses on how cheese and wine could be one of those foods that can impact our cognitive understanding.

According to Science Daily, the study was published in the Journal of Alzheimer's Disease for its November 2020 issue.

According to Food and Wine, it is the first large scale analysis that links specific foods to later-in-life cognitive acuity. The researchers analyzed the data collected from 1,787 British adults, ages 46 to 77.

These candidates were picked from the UK Biobank, a massive collection of in-depth genetic and health information about half a million UK citizens.

Additionally, the database is accessible globally and can be used by approved researchers conducting studies and research concerning the world's most common and life-threatening diseases.

The research focused explicitly on candidates who had taken cognitive assessments and answered dietary questions. Part of a touchscreen questionnaire at baseline, candidates were asked to complete a Fluid Intelligence Test (FIT). These were reported to be compiled between 2006 and 2010.

There were also two follow-up assessments, which were done from 2012 until 2013 and once again between 2015 to 2016. The Fluid Intelligence Test (FIT) analysis provides an in-time snapshot of an individual's cognitive response. 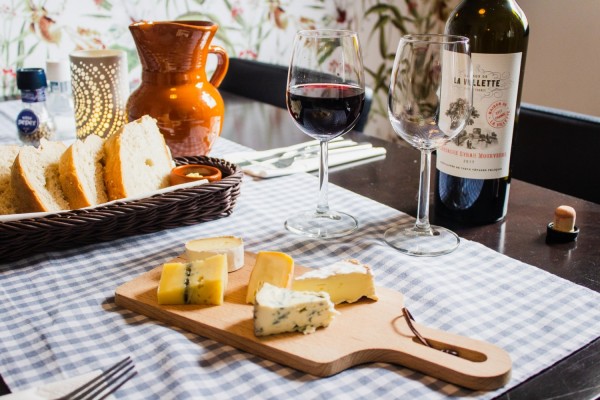 The study gave the researchers four significant takeaways. According to the study, cheese, alcohol, and lamb all proved to be beneficial.

On the other hand, the only issue they found was connected with salt. The study suggests that cheese turns out to be the most protective food against age-related cognitive problems.

The daily consumption of red wine was also found to be related to improved cognitive function. Moreover, the weekly consumption of lamb showed improved long-term cognitive prowess. However, too much salt is unfavorable, especially for individuals already at risk for Alzheimer's Disease.

Willette admittedly said that despite what the data reveals, it is difficult for them to precisely determine why red wine, cheese, and lamb are all good for the brain. She added that randomized clinical trials are needed to determine if making little changes in a person's diet could help the brain in significant ways.

On the other hand, Klinedinst stated that some people seem to have a lower risk of Alzheimer's, while others may be at greater risk, depending on the genetic factors they are born with.

He added that the right food choices could prevent the disease and cognitive decline altogether. He firmly believes that the silver bullet we are all looking for is upgrading the way we eat.