What Makes Matsutake the World's Most Expensive Mushroom?

The world of gourmet food comes in a spectrum of ingredients with variations based on their quality.

Some of you might think that the price of the food you eat in a restaurant is based on the Michelin stars and the chef's skill. While that may be a factor, did you know that there are also ingredients that will make your wallet burst?

Take the Matsutake mushroom, for example, which is an epitome of the statement: "Don't judge the book by its cover."

Time Out reported that the said mushroom is one of the world's most expensive ingredients with a muddy appearance and distorted trunks.

Standing in the limelight with White Alba Truffle and the beluga caviar, the Matsutake mushroom proudly sets the bar with a price of $500 per punnet, which according to Fine Dining Lovers, is a total of roughly eight mushrooms.

What makes it expensive? 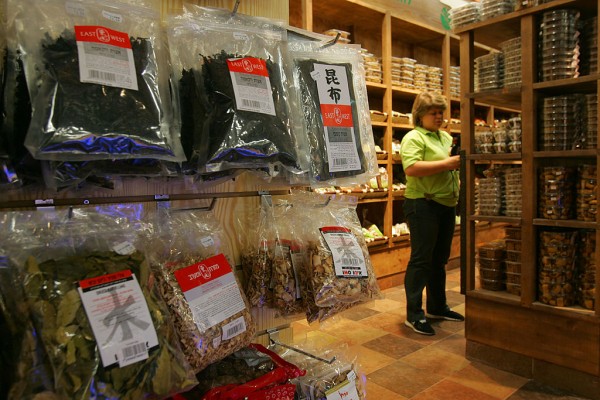 (Photo : David Silverman)
Dried seaweed and mushrooms imported from Japan are on sale at the Eden Natural supermarket, which officially opens later this week June 11, 2007 in Netanya, central Israel. Opening with three thousand square meters of floor space, Eden Teva is the biggest organic, natural and health products supermarket outside the U.S. according to the store's management.

You may be thinking that the mushroom's appearance is not worth the price it requires the consumers, but some factors make the fungi so expensive.

According to Expert World Travel, one of the reasons why Matsutake is expensive is because the number of mushrooms harvested in Japan has diminished because of a bug that kills the trees where they grow.

The trees where they grow, or the red pine forest is very rare. They also echoed what Expert World Travel said, stating that the mushroom environment is growing thin because of an invasive worm threat.

The Matsutake mushroom is facing a shortage, making the Japanese harvest 1,000 tons per year.

Another factor that makes the Matsutake mushroom earn a gold status is that these fungi are harvested once a year and are very sensitive to weather changes. It added that if the season is a little too hot or dry, their numbers will diminish, making their prices in the market spike.

How do you use it?

Sought for their unique aroma or smell, the Matsutake's scent is fruity, spicy, and with a hint of sweet cinnamon.

Forager Chef cited various food where Matsutake mushrooms are added, such as miso soup, fried rice, and ramen. You can also even bake and pickle the mushrooms.

The report also pointed out that cleaning the mushroom is a real challenge because when the mushroom sits in a container for a longer time, it dries out, and the dirt is harder to remove.

The ingredient is wanted by master chefs in ryōtei restaurants. Apart from dining, these mushrooms also do a job out of the gourmet world.

Pointed out that these mushrooms symbolize Japanese culture's longevity, making it an ideal gift. It added that Matsutakes are often handed out in a basket to show appreciation, making companies give them to high-end clients and business partners.

These are the factors that affect the price of Matsutake mushrooms in the market. It is appropriate to say that the demand, supply, and cultivation of an ingredient or product has a lot to say on the reflected price for the consumers.