Dining out from fast-food and you have spare sauces on your tables, chances are you are going to bring them home.

Flavorful sauces may also be the reason why you are always excited about going inside your favorite fast-food chain getting ready to dunk that sandwich or fries.

A bizarre phenomenon will make you have second thoughts in collecting these sauces because according to the news site, customers claim that a Polynesian sauce from a fast-food chain explodes.

Fox News reported that the famous sauce from Chick-Fil-A randomly opens in their own accord. The distinct taste of sweet and sour, Chick-Fil-A's Polynesian sauce is now also known for its explosive reputation.

Not the dangerous kind of explosion but as described by some customers, it can get messy. Fox News also mentions that a user was keeping a zip lock bag of fast food sauces when the explosion happened.

However, Grants Hala furthers that this phenomenon is not new and has been taking place even in the previous years, according to some Redditors. They add that tweets regarding the issue date back to 2016.

A Redditor named Marluvs also points out an experience when the sauce randomly exploded in the boxes while he was sorting them out. Apparently, this happens a lot.

But before you ditch this Polynesian sauce for good, there might be some hope for you. One Reddit user shared an easier fix to the problem. A user posted that putting the sauce in the refrigerator prevents the packaging from exploding, thus avoiding making a mess.

Fox News points out that Chick-Fil-A did not immediately return comment in regard to their Polynesian sauce's exploding. Today News mentions that they have also reached out to the fast-food chain, but there is no response from their management.

Is it Safe to Store Packets of Condiments? 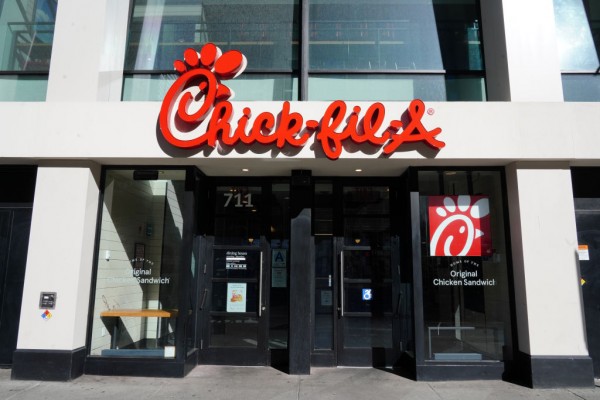 (Photo : Cindy Ord)
An exterior view of Chick-fil-A during the coronavirus pandemic on May 12, 2020 in New York City. COVID-19 has spread to most countries around the world, claiming over 292,000 lives with over 4.3 million infections reported.

According to Atlas Obscura, the packets of confinements usually have their expiration date on the boxes but not on the individual packaging. They add that the packets lose flavor over time and they are designed to keep out light, air, and humidity. So the answer is yes, but there are certain things you need to take into account.

Delish reports that there are certain rules you need to consider before storing your favorite sauces. One is if the sauce contains dairy and is in paper packaging, then it should go to your trash bin because it has a high risk of spoilage. If the packaging looks bad or the sauce itself tastes bad; you need to toss it.

Keeping your favorite sauces like the Chick-Fil-A's Polynesian sauce is okay. Just make sure to store it in a place where spoilage should not take place. In terms of exploding, might as well try to put it in the fridge like one of the users said to prevent incidents of spontaneous explosion.

Related article: A New Solution On the Test for Chick-Fil A's Crazy-Long Lines