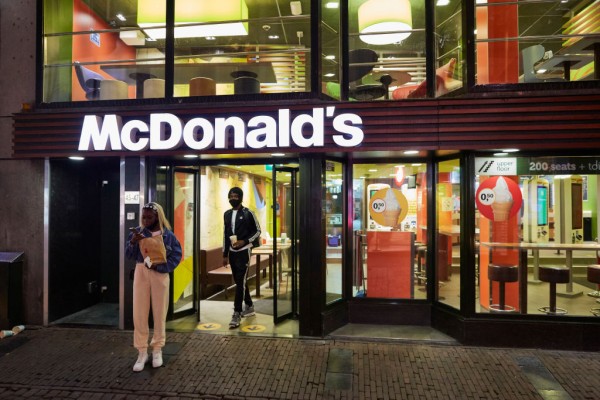 (Photo : Pierre Crom)
People leave a McDonald's restaurant on September 21, 2020 in Amsterdam, Netherlands. Due to the rapid rise in new Coronavirus cases, Dutch authorities have imposed a 1 a.m. curfew on bars and restaurants in Amsterdam and other major cities. The Netherlands has reported some 90,047 coronavirus cases, with 2000 new recorded cases in the last 24 hours.

From their well-known burgers and fries, McDonald's is planning to take on another rivalry against other fast-food chains when they confirmed to Business Insider that a new menu item is in the works.

Eat This Not That reports that the fast-food company confirmed that they have been doing their works in the shadows in December 2020, through testing their two new sandwiches in some parts of the country.

MSN notes that the rumor that McDonald's have been venturing to Chicken Sandwiches came to rise after the expectations for the fast-food company's McChicken flop, and was not praised by most of their patrons.

What to Expect from McDonald's new menu? 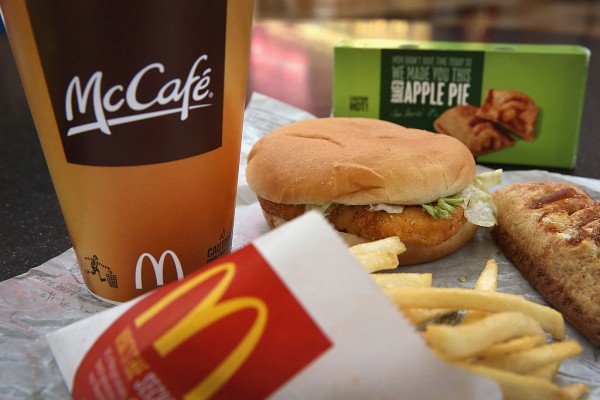 (Photo : Scott Olson)
In this photo illustration, a McChicken sandwich sits with typical Dollar Menu items sold at a McDonald's restaurant on October 24, 2013 in Des Plaines, Illinois. McDonald's has announced it will make changes to its low-priced Dollar Menu, which includes items like coffee, small fries, hamburgers and apple pies. The new menu, dubbed the Dollar Menu and More, will offer some higher priced options such as the grilled Onion Cheddar Burger and a McChicken sandwich.

Eat This Not That notes that the sandwiches to be released on February 24, 2021, will feature their new juicier and thicker chicken fillet which was tested by the fast-food chain last year.

With their announcement of McDonald's new menu items, MSN adds that people have noticed the resemblance of their competitor chick-fil-a's sandwiches which have the same lineup on their menu.

In an interview with Business Insider, Joe Erlinger, McDonald's head of their US business notes that one of their company's higher aspirations is developing a reputation for the great chicken. Adding to the statement, Erlinger notes that hopes that the customers will choose McDonald's for their chicken due to the unique flavor that can stimulate cravings which will be only available on their fast-food chain.

It can be remembered that this is not the first time McDonald's tried to explore their menus by offering a variety of meals that were not quite like by their patrons just like the Hula Burger, McCrab, and Roast Beef Sandwich, according to The Daily Meal. 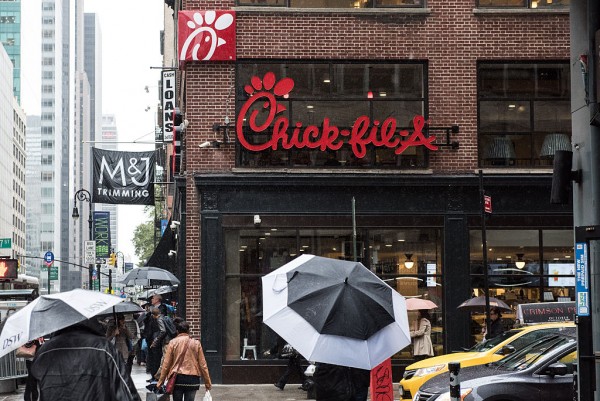 (Photo : Andrew Renneisen)
The exterior of Chick-Fil-A, a day before its opening, on 37th Street and 6th Avenue, on October 2, 2015 in New York City.. The fast food chicken restaurant is set to open its first store in Manhattan.

With their established reputation in the field of chicken sandwiches, Chick-fil-a and Popeye's hold the records for their well-known chicken sandwiches with a variety of sauces (at least for chick-fil-a) to choose from. But it seems that this avenue is been sought by other competitors just like McDonald's.

Entering the competition for the chicken sandwich, Business Insider Notes that several fast-food chains have been adding chicken sandwiches on their menus such as KFC, Burger King, Jack in the Box, Church's Chicken, Zaxby's, Wendy's, and Whataburger.

Even if each fast-food chain has their faith in their new menu items just like McDonald's, it is their customers and patrons who can fairly judge if their new product is good or should be improved.

Related article: The Cheesier The Better! You Can Now Get Tub of Melted Cheddar Cheese at McDonald's