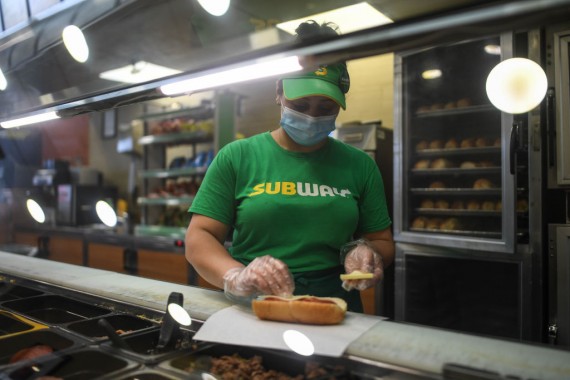 2020 was a challenging year for everyone, but most especially for the food and beverage industry. As we bid farewell to 2020, we also do the same for several fast food items we once loved.

As a remembrance of the year that has passed, let us look into these fast food items that have been sadly discontinued.

According to a Burger King spokesperson, the fast-food chain decided to discontinue offering its Dutch Apple Pie for the reason that their supplier has stopped producing the product. However, they still have their milkshake, ice cream, or Hershey's Sundae Pie, but these don't have gooey apple filling cradled in a flakey pie crust that fans are looking for.

This year, Subway made a significant decision to cut two of its favorite food items, which were the Roast Beef Sandwich and Rotisserie Chicken. According to Brand Eating, the decision was due to corporate-side menu restructuring.

Related reports reveal that this move shocked both customers and employees. However, Subway did not clarify why they had decided to remove these two items, although they are top-sellers of the fast-food chain. Some of the assumptions were that the whole meat rotisserie chicken is more expensive to source than their other chicken offerings.

According to KFC, they have been perfecting this secret blend for 60 years. Fans hope that this decision will soon pay off.McDonald'

Since McDonald's is the largest fast-food globally, most people may think that they did not have to endure menu cuts. Contrary to that belief, McDonald's had to say goodbye to some of their menu items this past year.

According to Eat This, McDonald's announced it would cut a few of its menu items that are more difficult to prepare in-house due to the pandemic. In order to simplify their employee's tasks, they have decided to remove their salad offerings.

Additionally, the same goes for their Artisan Chicken Sandwich, Chicken Tenders, and their all-day breakfast offers. However, customers can still order the McGriddles, bagel, and biscuit sandwiches, McMuffins, and hotcakes during the morning.

Perhaps the biggest menu cut that any fast food had to go through was with Taco Bell. Reports say that they had to remove more than 10 food items on their menu last year. The changes on their menu started in August and were done to make room for new options and help employees with streamlining orders.

Related more: Watch What You Drink! Experts Weigh In On The Worst Alcoholic Drinks You Often Consume