FDA Warns: If You Find These Ice Creams on Your Freezer, Get Rid of Them 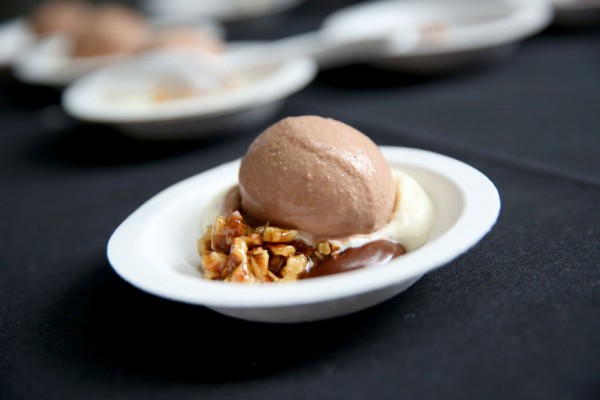 (Photo : Monica Schipper)
A view of the ice cream being served during Family Ice Cream Fun-dae hosted by Mario Batali and Ayesha Curry at Private Park at Hudson on October 14, 2017 in New York City.

Ice cream may be a favorite dessert among people who love dairy and cold treats. It may be a part of your weekly groceries because who does not love ice cream.

But be wary of what you will put in your carts or if it is already in your freezer because the United States Food and Drug Administration (FDA) announces that a company issues a recall of their ice cream because of possible contamination.

Varying from different flavors, anyone loves ice cream because of its sweet and distinct cold taste. According to Statista, basing on the United States Census data and Simmon's national Consumer Survey, 291.09 million Americans consumed ice cream and sherbet in 2020. It means that even with the emergence of COVID-19, the consumption of ice cream among Americans is enduring.

In line with Weis Markets' announcement, the FDA notes that 10,869 containers of Weis Quality Cookies and Cream Ice Cream in 48 oz, and 502 bulk containers of Klein's Vanilla Dairy Ice Cream in 3 gallons were issued for recall because these products may contain metal filling equipment parts.

FDA also notes that these foreign objects in the food may be a choking hazard. The recall was driven by a customer's report of an entire piece of metal equipment inside the ice cream tub that poses a danger when not discovered.

Eat This Not That says the 48-ounce blue and white tubs of Weis Quality Cookies and Cream ice cream were pulled out from Weis Markets' stores in seven states such as Maryland, Delaware, Pennsylvania, New York, West Virginia, Virginia, and New Jersey. The ice cream containers have a UPC of 041497-01253 and a sell-by date of January 28, 2021.

Meanwhile, Yahoo! Life notes that the 3-gallon containers of Klein's Cookies and Cream dairy is also part of the federal agency's recall with 665 boxes even though the brand is not for sale as retail. Yahoo! Life shares it was sold to one retail establishment situated in New York with the code stamp 0302.

The FDA also points out that additional ice cream products, which are also part of the recall, include Nelson's Graham Slam Bulk because it has the same production day.

Eat This Not That notes that customers who may want to ask for additional information on the recall may contact Weis' customer service line at 1-866-999-9347. You may also report it to them if you have discovered them in your Cookies and Cream ice cream tub.

The FDA recalling these ice creams is saddening, but the request of not eating these products because of possible danger was made out of the federal agency's concern for the people.

Related article: The Difference Between Ice Cream, Gelato, and Sorbet