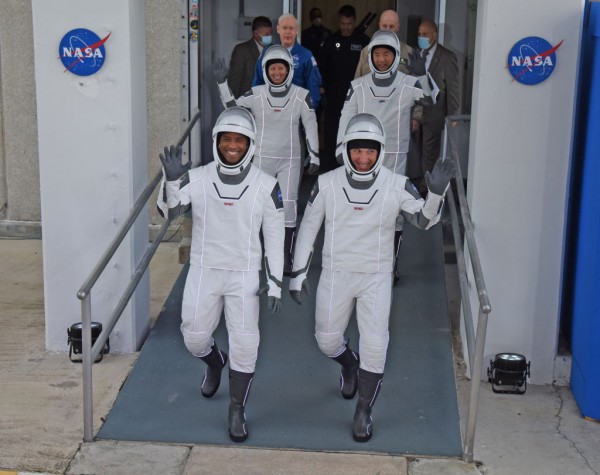 Conquering space and navigating in between heavenly bodies in the solar system's dark vacuum is what astronauts from NASA do to help humanity and our planet from adverse phenomena.

Although supported by our federal government, the astronauts in space also face a challenge in food. That is why NASA will hold a competition called Deep Space Food Challenge.

According to the space agency, several foods are already cooked in space since they do not have microwave, freezer, or refrigerators in their space shuttles.

They add that the foods are usually freeze-dried and vacuum-packed or even thermally stabilized. These foods are similar to camping foods.

NASA notes that nutritious food and, of course, delicious as they develop concepts of more extended missions to Mars and the space agency.

In response to this, NASA collaborates with the Canadian Space Agency to spearhead a challenge of generating novel food production technologies that will provide food for the astronauts in space.

Canadian Space Agency notes that producing foods in extreme and hostile environments like space is also a challenge for Canada's northern communities, which paved the way to their agreement to the partnership.

Read also: Morning Coffee in Space and Other Daily Routines of NASA Astronauts

Cision notes that the Deep Space Food Challenge is the first project or challenge that the CSA (Canadian Space Agency) has a partnership with NASA.

Associate Administrator for NASA's Space Technology Mission Directorate from their agency in Washington, Jim Reuter, notes in their release website that the space agency is excited about the coordination between them and CSA to push through the challenge of food technologies production.

He adds that the challenge will maintain their future explorers' health because it can also help terrestrial applications.

Cision also notes CSA's president Lisa Campbell's words that through the challenge, they are asking the Canadians to find novel and innovative methods to produce food in space that can also help the remote regions in Canada.

Who may join the centennial challenge?

Meanwhile, NASA stresses that the challenge is also available for participants from the United States, noting that the CSA and NASA will hold both competitions and separate application and judging processes.

On the other hand, NASA points out that the US candidates' innovations that will reach the first phase will bag 500,000 US Dollars. They also note that kitchen demonstration will arise if ever food systems get to the second phase.

With NASA and CSA partnership to pursue the Deep Space Food Challenge, another brilliant mind will be given a chance to develop a food system that can change the traditional way of how astronauts eat-in space.