Which is Better? 5 Differences Between Eating Out in Britain and America

TAG:Differences, Britain, us, eating out 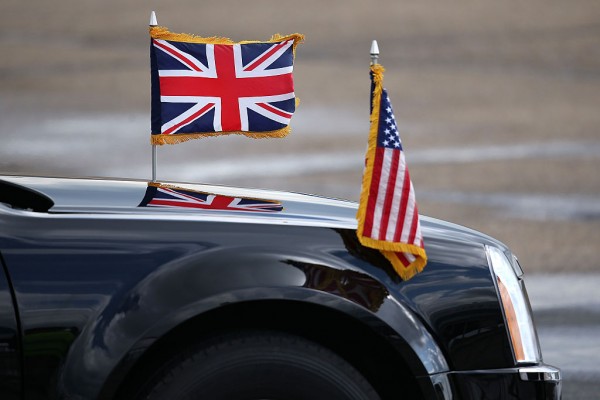 (Photo : Dan Kitwood)
The British and US flags fly from the bonnet of a car prior to the departure of US President Barack Obama at Stansted Airport, on April 24, 2016 in London, England.

Eating out with the whole family is very usual because there are many local restaurants and fast-food chains usually near the place where people live. Differences in food choices are catered by different brands and stores that will satisfy what your family craves for the day. However, eating out in the US can be different if you ever found yourself in Britain.

Since the US and Britain are two different countries, it is natural to think that there will be differences when you dine out in Britain, especially if you are an American and vice versa.

To help you eradicate the confusion, here are five differences between dining out in Britain and America.

If you are an American, you might be asked how your steak would be cooked or how to do you as your egg cooked. BBC America shares that this is not possible when you are in a British restaurant because they only serve things one way.

They note that the American servers' attitude is inclined to accommodating the customer, whereas British servers do not act like that.

If you are British in an American diner or restaurant, you might be wondering why people from other tables tend to leave quite an amount of money on their tables after gobbling their meals.

K Blog notes that this is a normal scene because waiting staff are usually paid with low wages, so tipping comes a bit necessary and can range from 15-25% of the check. They also add that a 10% tip is considered appropriate for good service in Britain, and some people don't tip at all.

Vincent Berlin shares with Huff Post that eating macaroni and cheese is different in Britain and the US. Berlin notes that in Britain, people eat mac and cheese from ingredients already present in their cupboard, so it is cost-efficient.

However, in America, mac and cheese are present as a supper dish, main meal, and even a side dish from a fancy restaurant, which makes different diets healthier.

You might be surprised if you are an American and your British friend does not complain when the one they ordered is not on their table.

BBC America Shares that the reason for that is British people find the process of complaining embarrassing, but that is not the case for Americans, noting that they usually send back dishes until they get satisfied with what they ordered.

BBC America points out the in the States; water is usually served by the servers upon seating down. Still, in Britain, that is not the case because you have to apologetically ask for the beverage.

Moreover, K Blog shares that you must specify that you need tap water when you ask for water in Britain because they will automatically give you bottled ones and charge it to your bill.

Knowing these differences when eating out in Britain or the US gives you the benefit of not getting culture shocked.

Remember that these countries have a different orientation, and such differences do not give everyone access to be disrespectful. In addition, having these bits of knowledge would make you practice proper etiquette in a foreign country.

WATCH: Restaurant Differences US vs UK from Sunny London

6 Fresh Ideas For Your Holiday Cooking