With the current crisis due to the pandemic, everybody is on the lookout for bargains. We first heard of dollar stores in 2008 when the recession happened. Back then, it was a saving grace for individuals who are doing their best just to get by.

Fast forward to this day, dollar stores skyrocketed to a new level of fame. However, some of you might have asked how these dollar stores sell food that is cheap? Here are a few reasons why. 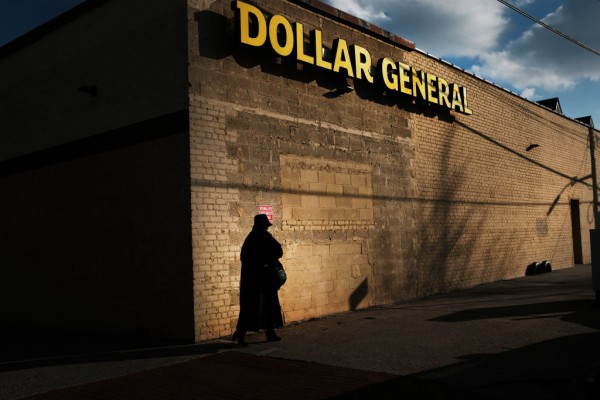 If you have noticed, dollar stores are not typically found in areas where Walmart, Target, or Whole Foods are present. They often exist in low-income and rural areas.

In doing so, the operational costs for the stores are cheaper, and it keeps the prices low. According to Business Insider, another reason is that dollar stores don't own their stores, which helps to hold real estate costs down.

Although dollar stores also sell nationally-known brands, you will notice that most brands are not the ones you typically find in Walmart stores. The reason is that dollar stores sell their own brand most of the time. In doing this strategy, they are able to have lower margins since they don't have to deal with buying from a major label brand.

David Garfield, a consumer products expert, explained that these private brands are especially appealing to millennial shoppers since they have less brand loyalty.

Additionally, these stores sell no more than 10,000 products. As a result, selling a limited selection of national brands would mean they allow smaller inventory to keep track of and maximize their smaller space.

It is evident that with a dollar, you would often have a smaller portion of the goods you buy. This is true with dollar stores and is also another reason why they sell inexpensive products. Dollar stores like Dollar General may offer smaller sizes than what you might typically find at a supermarket.

Dollar stores may seem small in size, but they hold a lot of power when it comes to snagging deals with big brands. According to Fortune, the best example are brands like Coca-Cola and Hershey's, which previously did not pay much attention to dollar stores.

However, with its popularity, they started to offer smaller-sized products, as well as higher-quality point-of-sale displays that were once only for higher-end retailers.

Because of dollar stores' buying power, they are able to convince big brands to make a specially-sized can of chicken noodle that can be purchased at a low bulk price. In doing so, they are able to sell these products at low prices and not have other competition in the market.

Cheap Does Not Mean Low Quality

We can say that cheap does not always mean that you will get low quality food in a dollar store. Although it is also true that a $1 rib-eye steak will not pass for a decent one, there are still tons of other food items that can be considered a good deal. In fact, one can create a week-long menu out of grocery items bought for dollar stores.