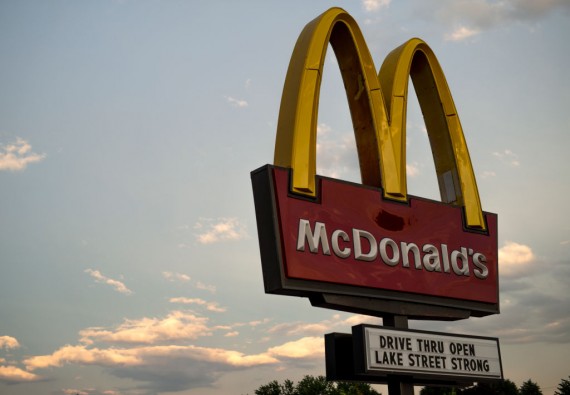 With the start of a new year, many are hopeful and looking forward to what it will bring. People are striving to get back on their feet, and businesses are exploring new ways to stay afloat as many of us adapt to a new way of living our daily lives.

We also see new products and services offered by many food establishments. Moreover, aside from all the new things that we are seeing, there are also some things that are making a comeback, like McDonald's Hi-C Orange Lavaburst.

According to PopCulture, McDonald's recently announced that the previously loved orange-colored beverage would be reappearing in select U.S. restaurants this month. Moreover, it will become available all across the country by June of this year.

The Demand for Hi-C Orange Lavaburst

The once-beloved beverage first debuted on McDonald's menus back in 1955 and remained a staple until 2017. However, shortly after, McDonald's decided to remove it from their menu offers and replace it with Sprite TropicBerry. This move resulted in a backlash from Hi-C Orange Lavaburst fans all over the country. Additionally, it started several petitions to bring back the drink. Avid fans of the drink have since flooded the official McDonald's Twitter account with tweets urging for the drink to return. Even after a multitude of petitions, McDonald's previously made announcements explaining that Hi-C Orange Lavaburst would no longer be available at McDonald's locations. However, one petition declared that the drink needs to stay at Mcdonald's for customers to enjoy since, for many people, Hi-C Orange Lavaburst is the drink they've been drinking from McDonald's for years.

The Comeback of Hi-C Orange Lavaburst

The said petition was one of the game changers as it garnered hundreds of signatures from supporters. From the official statement posted on the McDonald's corporate website, the fast-food giant explained that they acknowledge and consider all of the petitions that they have received over the demand to bring Hi-C Orange back. It was also revealed on the post that with the flood of tweets, DMs, and petitions, the social media manager for the fast-food giant used it to come up with a presentation to win over the management.

In the end, the higher-ups of the company gave an all-go to bring the beloved beverage back, and it will soon be available to fans to refreshingly kickstart the summer. For those who are eagerly awaiting its return, you can check out where it is offered via McdFinder.com. The website will display stores that will start offering the Hi-C Orange Lavaburst and will be updated on a weekly basis.

Meanwhile, it turns out that Hi-C Orange Lavaburst is not the only food item that will make a comeback to the McDonald's menu. The fast-food giant also brought back the Spicy Chicken McNuggets® and Mighty Hot Sauce, which started last February 1 for a limited time only.

In addition, McDonald's also announced the comeback of the Shamrock Shake Season and the OREO® Shamrock McFlurry® this coming February 15. This crowd-favorite duo will be available in select McDonald's outlets for a limited time.