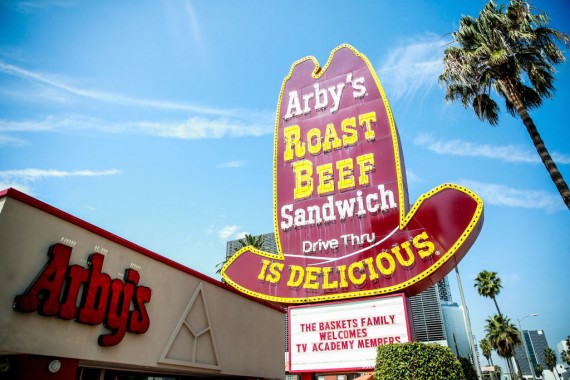 A total of 40 people contended that they suffered from certain diseases after eating at at Arby's. Official investigation showed the chain mired with violations of health and safety regulations.

The accusations were made against Arby's in Springfield, Illinois since February 15. They were reported to the Sangamon County Department of Public Health, which confirmed the bad news with two local news stations, NewsChannel 20 and WAND 17.

Officials were quick to act after receiving the complaints. They visited the store consecutively on Feb. 23, 24, and 25. They had the store closed down for deep cleansing. On the 25th, they perused the place once more, but cannot pinpoint exactly what has caused the alleged food poisoning.

However, the officials did find the restaurant violating a host of regulations meant to safeguard theconsumers' safety and health, such as improper temperatures. The officials found that most of the meat products - corned beef, turkey, and ham - were stored at temperatures between 45 and 48 degrees Fahrenheit. This is problematic because such meat products should be maintained at 45 or below degrees.

The officials also found that improper date markings made on brisket, gyro meats, and corned beef. The officials confirmed that these meats should even be discarded the day before, and yet they were not, as Yahoo reported.

Several cleanliness issues were also found. A scrutiny of the the top of the oven, which is utilized to store utensils, were found to be quite dirty. It was full of dust and debris, which meant the utensils were safey hazards.

Apart from all these violations of health and safety regulations, a range of management errors were also reportedly found. In particular, they found that managers, as well as the other food handlers, were not up to date on knowledge about food safety.

How Arby's was adhering to important safety and health regulations was really deemed problematic because even after the deep cleaning conducted on February 24, the department still found temperature issues during a visit the next day. According to the health officials, "sauces were observed with internal temperatures of 48 to 50 degrees in the top of the prep cooler."

It is clear, though, that the food poisoning complaints were crucial in bringing this issue into light. Had the customers stayed quiet about the effect of Arby's food did to them, all these violations would not be revealed. According to Consumer Reports, the only way food poisoning cases can be curtailed, is if moe people report such.

The Centers for Disease Control and Prevention estimates that around 1 in 6 Americans can get food poisoning in a year. This is not a small number. The Centers however is adamant that the number of complaints they are receiving is not accurate, and far less than what they estimated to be happening.

They argued that if more people let their doctors, local health departments, or federal health agencies know they may have eaten tainted food, it would be easier for officials to take quick action so that customers will be protected even better down the road. The 40 complainants in this Arby's case can be hailed as heroes, since they showed how fast officials can act.