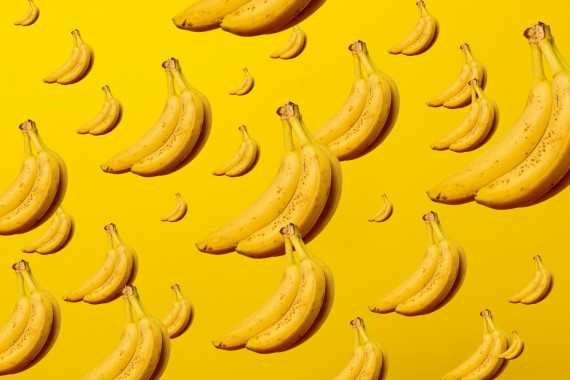 Who knew spider eggs can be found within the well-loved and nutritious fruit, banana? A mom certainly did not! However, she got the shock of her life to discover one of the bananas she bought from a store has spider eggs inside of it.

A mom had her bananas sitting on her fruit bowl for days before discovering something odd about one of them. Fortunately to have inspected it first before eating, she wondered why the piece of banana she was holding had a strange black circle near the stem, which had already became white in color.

Disturbed by what she was seeing, she posted it in Facebook to ask for advice as to what she might be seeing.

Placing a picture of the banana in question, she wrote (as reported by the SUN UK): "Does anyone have any insight as to what is on my banana that's been in my fruit bowl since Sunday."

She added that she is really bothered by it. " I'm slightly freaking out about it," she added.

The post has since gathered a total of at least 5,000 comments and nearly 2,000 likes from people who have an idea of what was wrong with the banana or those who want to the answer themselves.

One of those who commented said that it could be an indication that there are spider eggs inside her piece of fruit. Naturally, this caused the mom to freak out more.

The mom said she threw the offensive fruit into her garden out of fear, but she changed her mind because she worried about the eggs eventually hatching. That would mean spiders spilling out of the banana and wrecking terror.

As such, she placed it in a sealed bag and into her bin instead. Still, this did not squelch her fears. She confessed to "having nightmares" at the thought of the spiders crawling through her trash so she took the banana out once more.

"I couldn't sleep terrified of something hatching in my bin, went back outside, fished the bagged banana out the bin, its in a takeaway box as well and now in the freezer." and I've contacted the supermarket," she explained.

Facebook users claimed what she did was right because the supermarket needs to know what has happened.

The woman also claimed that when she took the banana out from the freezer and let it defrost, she bravely cut it open to see what was inside.

"Definitely a lot of eggs there," she said. " I'm hoping the deep freeze has killed everything but its bagged and back in a sealed container in the bin. I took a photo but its pretty gross now!"

This is not the first time that spiders and bananas were linked. Last year, a dad discovered the same thing in the skin of a banana.

He then shared that he immediately cut into it to check what's inside.

His experience is quite scarier than the mom's because several live spiders came out crawling.

"Halfway through, I noticed a lump on the banana skin," he explained. "I cut the lump open after finishing it, and tiny spiders came out," he added.

He quickly took some photos of the eight-legged animals, and then shared his gross discovery on the website iSpot. The spiders are not harmless, which made the whole incident even creepier.

The spiders were later identified as Brazilian Wandering Spiders, whose bite can be deadly to humans.