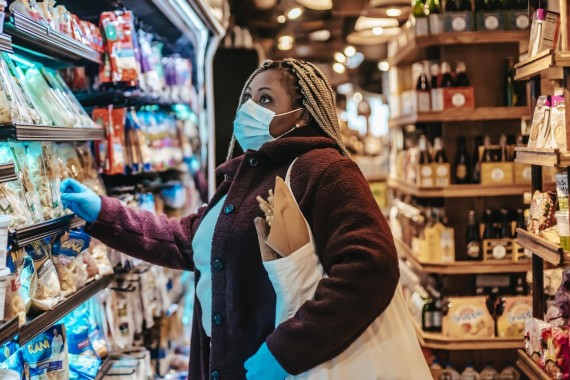 As the world, including the United States, grapple with finding the perfect solution to climate change, one aspect that they might be overlooking is food waste. Governments and scientists are so concerned with reducing carbon emissions and curtailing single-use plastics that ordinary people believe they have no role to play in solving climate change, which is wrong.

The Link Between Food Waste and Climate Change

A new study shows that if only people can change the way they consume food, and the less food they waste, they can contribute to solving climate change. It does not take much to see why, though.

In an op-ed published in the Washington Post, food waste is deemed a major reason why there is a carbon footprint. And it's often overlooked as governments place the blame solely on the airline and other manufacturing industries.

The writer put out that globally, wasted food accounts for about 8 percent of all greenhouse gas emissions. This may look small, but it is significant to address. Producing food that no one eats has massive economic and environmental consequences that most people are forgetting.

Food waste researchers revealed that there are three ways people are wasting food, even though they finish everything on their plates:

As high as 37 percent of the whole proportion of food waste takes place in the home. A little check of one's habits and actions is likely to prove that true. People these days buy ingredients to whip up things they've seen off Instagram or TikTok but eventually aren't able to cook.

The thing is, this is not even that difficult to avoid. People just have to be mindful of what they will like to prepare for what meal and buy the necessary ingredients only.

2. Crowding the Refrigerator Until It Becomes an Abyss of Spoiling Food Stuff

No one can deny that they have lost foods in the abyss of their refrigerators, usually so crowded it's impossible to know what items are still available, already spoiling, and have long been forgotten. Again, this is not even that hard to avoid.

People just need to constantly clean out their fridges and be mindful of what they put and take out from it. It requires only the determination to avoid a smelly fridge, some poisonous-looking spoilt food, and the actual appliance breaking down.

Read also: These Ice Cream for Dogs Will Make Your Fur Babies Drool

Even those who argue that they do not have refrigerators and do not watch TikTok can say they have thrown away their perishables after getting wasted, only because they have mistakenly stored them and misunderstood date labels.

What makes the whole thing frustrating is that food waste means disregarding the efforts behind producing these items in the first place. These bad habits may be easy to cultivate, but a pretty simple break, too, said Susan Miller-Davis, principal at the food and climate consulting firm Infinite Table.

It's further saddening to note that as countries ruin the environment left and right just to produce the level of food items that people demand but end up wasting, there are around 26 million American adults who were surveyed by the Census Bureau last fall, claiming they did not have enough to eat in the previous week. The situation is direr in households with children.