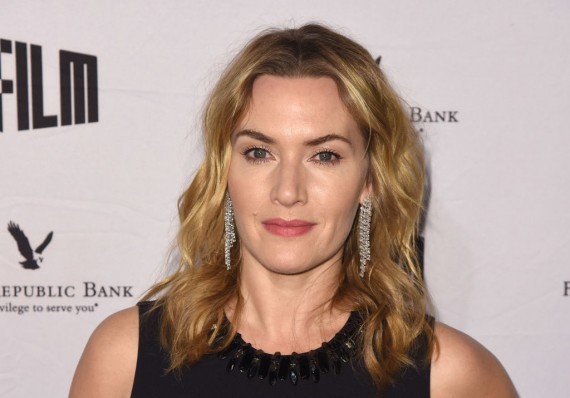 Kate Winslet certainly did not waste her time during the lockdown because of COVID-19. She filled her hours with baking, eating, and more baking and eating. She's regretting how eating all her baked goodies has affected her shape, but she's certainly not sad about it.

Kate Winslet hilariously shared how she came into the revelation of how much she had been indulging in baking and eating. According to the "The Titanic" star, who lives in West Witterning, an unfortunate auto-correction on her phone made her realize she has gotten big, at least based on her perception.

The 45-year-old shared on, "The Graham Norton Show," "I've been making sourdough and now my arse is massive!"

The Oscar-winning actress added, "the other day I was answering some questions on email and instead of 'film actress' it auto-corrected to 'full mattress'." She then joked that she never thought how auto-correct can be so accurate.

"That's exactly how I feel and will describe myself from now on!," she said, obviously poking fun at herself, as reported by the Argus UK.

Kate Winslet, having a healthy disposition about her body now, is great to see. She once lamented how she was fat-shamed as a kid and wanting to act, even though she does not have the perfect body.

"I was even told that I might be lucky with my acting, if I was happy to settle for the fat girl parts," she shared. "I felt that I wasn't enough, I wasn't good enough. I didn't look right... and all because I didn't fit into someone else's idea of 'perfect.' I didn't have the perfect body," she said, on the fourth annual WE Day in UK back in 2017.

Kate Winslet, who had been critically praised for her work in "Ammonite," also shared how alarmed she was to see her 2011 thriller, "Contagion," suddenly doing so well and being widely watched at the early stage of the COVID-19 pandemic in 2020.

"Contagion" features some scenes that are quite similar to what the world has been experiencing since 2020, after all. The film revolves around a mysterious and scary virus that has originated from Hong Kong and spread o America through travelers.

Winslet noticed that the film experienced a massive surge up the iTunes charts when people were called to stay home to stay safe. As the lockdown dragged on, the movie was soon already in Top 10 of Netflix.

It could be assumed that people were trying to get some pointers on how to survive in the midst of an unpredictable event. The film featured healthcare professionals, government officials and ordinary folks trying everything they can to live, as a cure is being chased.

Kate Winslet, however, thinks people are scaring themselves further by watching her film. She told Norton, "It freaked me out! Why would anyone watch that during a pandemic?"