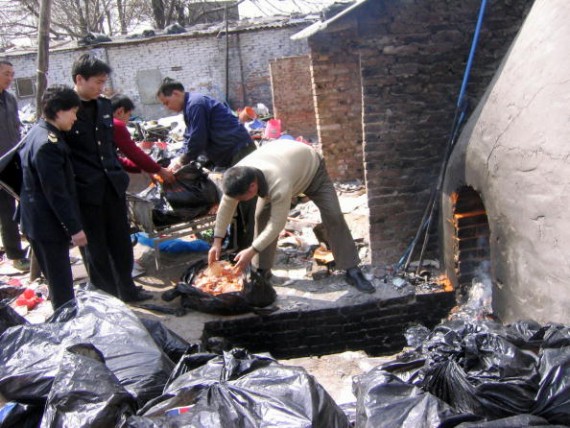 These findings are an outcome of the maiden fraud investigation undertaken by the National Food Crime Unit (NFCU) of the Food Standards Agency (FSA) of the U.K. The investigation was ordered following a public protest that witnessed major brands and supermarkets apologizing for the presence of implicit horsemeat in food products like frozen burgers and ready meals.

According to the report, while some of the safest and authentic foods and beverages are available in the country, unscrupulous traders in connivance with fraudsters and criminal gangs were getting into it with cheap meat being sold as meat from other species while alcohol is adulterated with methanol to bring down the production costs drastically.

The investigating team was shocked to detect a case where a caterer sold to pet food for human consumption, BuzzFeed reported. While the FSA did not specify the suppliers in its report, it did mention that threats of food crime thrived at various levels - from dishonest acts by individual criminals and small groups to organized offenders who are deliberately harming the consumers.

The report suggested that the suppliers' failure to trace as well as register the livestock properly was a major concern vis-à-vis red meat, as it augments the hazards of animals not suitable for human consumption entering the food supply chain. Moreover, the investigators found that some restaurants were substituting more expensive meats, such as lamb, with cheaper varieties like turkey or pork. This is an instance of food fraud, particularly in spicy preparations.

The findings noted the death of 21-year-old Eloise Aimee Parry from Shrewsbury, who succumbed to a lethal dose of a harmful industrial chemical called DNP, which is found in adulterated weight loss supplements.

In addition, other criminal activities existed in the supply chain, such as smuggling, money laundering, and exploitative labor practices. The FSA pointed out that the UK law enforcement data had identified over than 20 organized crime groups associated with food, drink, and animal feed.