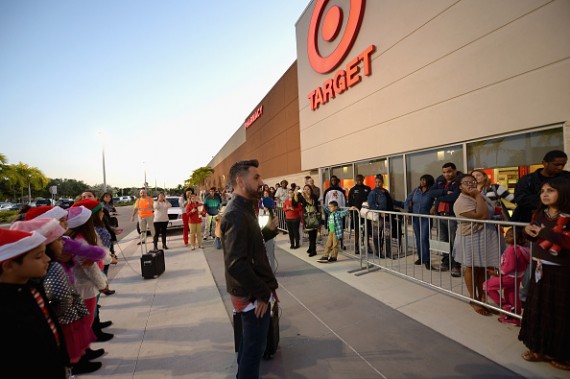 If you have ever walked past the unremarkable brick frontage at 80 Broadway close to the MIT campus, it is very unlikely that you will even have a hint of the massive activities underway in the basement. In fact, the basement of the building houses a busy laboratory packed with bioengineers, nutritionists, students, and farmers engrossed in testing major ideas related to the future of food.

Well, if you are still wondering what we are talking about, you need to know about the Food + Future coLab, which a long-time partnership among the retail chain Target, global design firm IDEO and MIT Media Lab. A select team of entrepreneurs assemble at the laboratory every day to discuss food, especially on means to create a future of absolute transparency in what we consume and also access to profuse good food.

The collaboration started in January this year and plans to explore topics like urban farming, food transparency and authenticity, supply chain as well as health, Food Business News reported.

In fact, last week itself, Target commenced testing two ideas from the Food + Future coLab work. The first idea is being tested at the Fenway Target store in Boston, where the team experimented on a model dubbed as Good & Gather, which flips the conventional food label on its head by clearly presenting the ingredients on the front of packaging, instead of having them in fine print on the back of the packaging.

The second concept being tested currently aims at presenting real time nutritional information, thereby allowing consumers to scan vegetables and fruits, know the precise nutritional value and pay depending on freshness of the food.

The entrepreneurs at the lab have been successful in developing a pipeline of concepts ready for testing within a very short span, and currently they are developing disruptive technologies, Corporate Target quoted Greg Shewmaker, one of Target's entrepreneurs-in-residence, as saying. "Most important - we're closer than ever to helping people know more about what's in their food," Shewmaker added.

Meanwhile, Caleb Harper, director of the Open Agriculture initiative at MIT's Media Lab said that their work with Target is teamwork in the truest sense of the word, as the MIT team will bring its expertise in research and technology, while Target brings their ability to scale and reach the world.

According to Harper, people usually say that the best strawberries come from Mexico. However, the fact is that the best strawberries come from the climate prevailing in Mexico. The climatic conditions prevailing there create expressions like sweetness and color that everyone likes. He is of the view that there is tremendous opportunity to democratize climate via control-environment agriculture and they look forward to commence this work with Target.

Watch the video on "Food and Future CoLab" below: