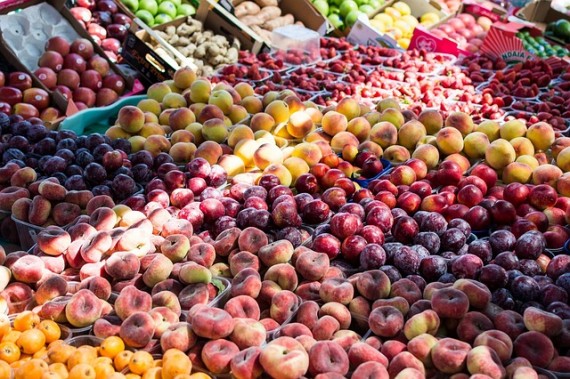 The picture depicts a variety of fruits being displayed. Humans have always practiced genetic engineering (not genetic modification) since ancient times.
(Photo : Skeeze/Pixabay)

In a questionable move, Del Monte joins the "Food Babe Army" and recently announced that it is moving towards non-GMO products.

Hari is a mere blogger who stylizes herself as a "food investigator", who is widely known as an anti-GMO activist. However, she and her supporters are dismissed by mainstream media as a fear mongers, liars, and fraudsters. This is due to them using alleged "science" to promote their cause, condemning certain food ingredients, and pushing certain alternatives. These are then known to promote the blogger's war coffers. Note that she has no food production or scientific background to drum up her claims.

"Thanks for the love. We are happy to join your#FoodBabeArmy :)", Del Monte tweeted back.

The interaction was expectedly met with sharp criticism, mainly from farmers and scientists in the Twitterverse, who were surprised that a large, multinational brand like Del Monte. One of them included Robert Wager, a genetic engineer, who was shocked at the company's move to support the Food Babe.

"Seriously? You join ranks with the spokesperson for pseudo-science in food? Wow," he said.

Another blogger, Amanda Zaluckyj also took a piece of the action:

"Vani, you don't even know what a GMO is. What GMO fruits & veggies did they even sell?", she tweeted.

There are actually no GMO fruits and vegetables in the market - it is a term with no scientific meaning, as Kavin Senapathy reports. Unfortunately, the term now denotes crops which have been genetically engineered. Note that most of the food we eat have been genetically engineered in both natural and unnatural, yet safe and effective, ways to improve crop yields and food quality.

Hari has attacked numerous companies, one of which includes Starbucks. The popular coffee chain had just launched its Pumpkin Spiced Latte, who she alleged had a "toxic" dose of sugar and caramel color IV. She has even spoken out against scientists, who she says has nefarious ties to certain organizations.

Make a mental note that it is always important to only believe in real scientists on the web, instead of those making innocuous claims.