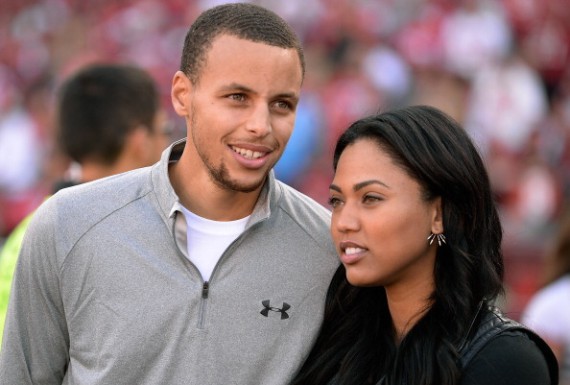 Ayesha Curry, the glamorous wife of 2014-15 NBA season MVP Stephen Curry, runs her kitchen much like how her high-scoring husband plays - which means nothing is wasted. And she has a simple tip that most home cooking moms, and the occasional home cooking husband, need to know to prevent food waste according to a Pop Sugar article by Erin Cullum.

Ayesha has a simple yet effective solution that ensures every fresh produce gets utilized before it goes bad. Freeze everything.

To prove her point, she gave the situation where a pasta recipe only requires half an onion which leaves the other half unused. She points out that in such situation most people could only see two options on what to do with the unused half; to either place it in back in the fridge where it would most likely rot or throw it immediately to the thrash where for sure it is wasted. However, there is a third option according to her. One can actually chop it up and place it in the freezer where it can stay there for months and still be usable.

She suggests that the same method can be used in storing various fruits and vegetables as well. This way, one doesn't have to go to the grocery too frequently because one already has what one needs in the freezer, sealed and ready for use.

But Ayesha has one tip when storing various veggies and fruits in the fridge. If the vegetable or fruit to be frozen is big, like an eggplant or corn on a cob, it is best to cut it into smaller pieces before freezing. Otherwise, if the big fruit or vegetable is frozen whole, one will have a hard time thawing the whole thing because it would be frozen all the way through.

Mushrooms, Ayesha found out only recently, can be stored in the freezer as well. She suggests washing and completely drying them first and then using freezer wrap.

All these preoccupation with kitchen matters mean Ayesha is an excellent cook as well. In fact she is set to release her own cookbook this coming September 20, 2016 according to Amazon. The book, titled The Seasoned Life: Food, Family, Faith, and the Joy of Eating Well, will feature 100 of her favorite recipes. Reflecting her passion for food, Ayesha has also been blogging about food and recipes for years in Little Lights of Mine.

Ayesha's tip could prove useful in preventing food waste in America. According to National Resources Defense Council (NRDC), the United States wastes 40 percent of its food, one of the highest rates of food waste in the world.