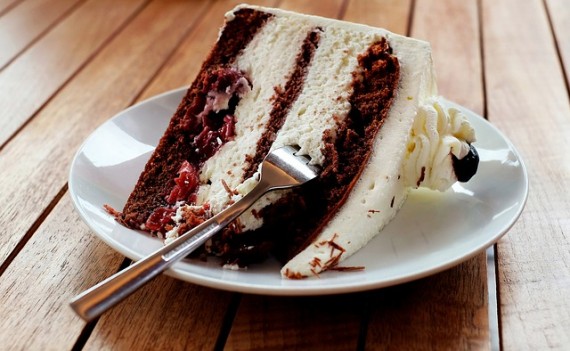 When we talk about cakes, this is what everybody thinks, not the jelly-like substance New York chef Darren Wong created.
(Photo : Couleur/Pixabay)

The past few months in the culinary world has nothing been short of weird, and that's a good thing. Despite the questionable concoctions and unlikely hybrids, it's been a dynamic time for the food industry. We've had sushi burgers and sushi burritos weeks ago, and now, there's a new entry: the raindrop cake.

Apparently, this "cake" has taken the Internet by storm. It was introduced into the world at the weekly food market, Smorgasborg, by chef Darren Wong, who is based in New York. It is inspired by a traditional Japanese dish, the Mizu Shingen Mochi. Both dishes alike in most departments - both look like large raindrops which would seem like it would splash across the plate at any second.

The raindrop cake has two main components, mineral water and agar, which is a type of algae that gives the dish its gelatinous form. Its components make it contain zero calories, making it a must-eat for people who are watching their weight. Furthermore, Wong went to Japan to study and perfect the dish, giving him hands-on experience.

However, due to its components, or lack thereof, the "cake" is flavorless, with people who tasted it claiming that it's like water. However, don't fret though: Wong's version comes with a sweet syrup and a type of soybean powder, called kinkako, which can be added from the side, giving it a distinct taste. The delicacy is priced at $8 and despite the high price, Wong managed to sell all 700 cakes that he prepared for the debut, as reported by The Weather Network.

Adventurous eaters may even try to make their own versions at home, and even top it off with other sweet sauces and syrups. The dish is a healthy, yet tasteless, solution for people looking for a no-fat dessert. It's definitely a unique dessert and we may see it consumed widely in health restaurants across New York.