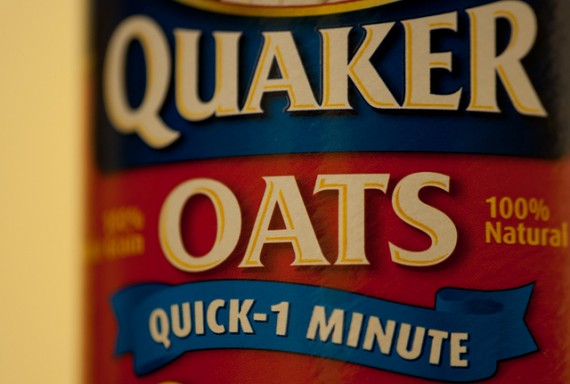 The lawsuit is filed on behalf of Californian and New York consumers, which may be elevated to class action status according to NY Times. While the detected glyphosate levels were below the limits set by FDA, the suit argues that Quaker is guilty of false advertising by marketing its products as "100% natural" when obviously, the oats were grown using chemical herbicides.

Quaker responded in a statement that glyphosate was not added during the milling process but it is possible that the oat farmers where Quaker sources its oats might have applied it on their crops. However, the company gave the assurance that the oats undergo a rigorous cleansing procedure. As a result, Quaker states that the trace amounts of glyphosate are almost negligible and certainly fall way below the safe limit set by E.P.A.

While the lawsuit concedes that Quaker's milling process is legal, it questions Quaker's claims on its products stating that the company's 100% natural claims are misleading that aim to exploit growing consumer preference for healthier alternatives. The lawsuit seeks to address this misleading advertising practices.

PepsiCo joins other big food companies who are currently engaged in the legal front due to their claims according to Fortune. Honest Co, Blue Diamond, and Welch's Fruit Snacks are also facing similar lawsuits.

The recent case highlights the need for a more informed consuming public when it comes to interpreting food labeling. Aside from the "natural" label, other "healthy" labels to be wary of include "free-range" eggs, "good source of," "made with," "fat-free," "organic" and "whole grain."