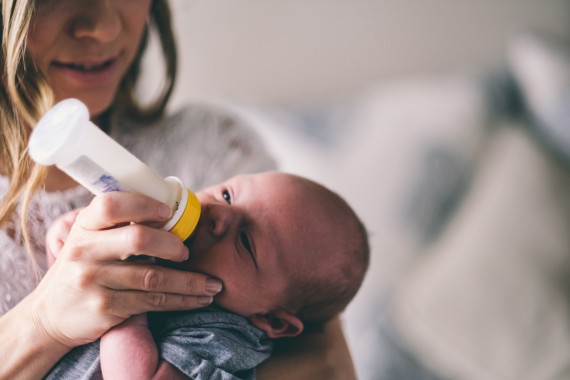 The perceived safety and quality of food imported from Europe into China provides commercial opportunities for European food producers, research has found.

Researchers lead by Newcastle University examined the concerns of Chinese consumers to food fraud and food safety after a series of high profile incidents, some of which have resulted in serious illness and even fatalities, damaging trust in domestically produced food.

In one such incident in 2008, six babies died when milk used to make baby formula was poisoned with melamine, a further 54,000 infants needed to be treated in hospital and 300,000 were taken ill. Despite introducing food safety law and regulation, the research published today in PLoS ONE reveals that Chinese consumers are still mistrustful about the safety of domestic food supply chains.

Lead author Lynn Frewer, Professor of Food and Society at Newcastle University said: "We found that despite considerable reforms of the food system regulation, Chinese consumers were distrustful of domestic products and considered imported food products to be better quality and safer.

"It's important that European producers understand what Chinese consumers are looking for in order to continue to offer that reassurance and to market their products successfully."

The team used qualitative and quantitative methodologies to understand Chinese consumers concerns about food fraud and to assess their attitudes towards foods imported from Europe.

Analysis revealed the safety cues used by Chinese consumers in their decision-making. Steps that producers can take and that were valued as guaranteeing food safety included:

-The country of origin should be clearly displayed - European products are perceived to be safer and more trustworthy than products locally produced in China.

-Industry certification- such as geographical indications certification for Scotch Whisky, can help to capitalise on the country of origin of products.

-Authenticity cues on packaging - Consumers have more trust in measures that are difficult to replicate, such as tamperproof seals.

-Preference for the type of authenticity cue(s) is product specific - any market research should include this as an important part of product testing.

The research also highlighted the benefits to producers as Professor Frewer explain: "We found that Chinese consumers are prepared to pay a premium for trustworthy authenticity cues so while it may take a little more effort, authenticity and safety guarantees usually add net value to products."

The researchers suggest that further research needs to be carried out in different groups of consumers across different socio-economic groups however, taking these findings into account could help European food producers in China.