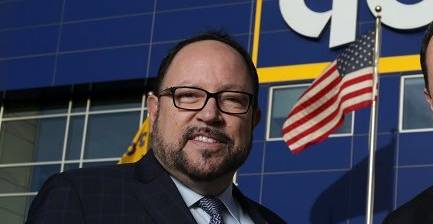 Goya Foods, the largest Hispanic-owned food company in the US, received backlash after its CEO praised President Donald Trump for his leadership.

Calls for a boycott by consumers followed suit. The public took Twitter their request for a boycott of Goya Foods after its CEO Robert Unanue said that the US is "truly blessed to have a leader like Trump, who is a builder."

According to Unanue, he added on his statement that the country has an incredible leader, referring to President Trump. He also stated that the country should continue to pray for the president, his leadership, and for the whole country.

Unanue praised Trump during a roundtable held last Thursday with Hispanic businesses and political leaders at the White House.

Trump then signed an executive order White House Hispanic Prosperity Initiative. According to Section 2 of the executive order, its mission includes "to improve access by Hispanic Americans to educational and economic opportunities." 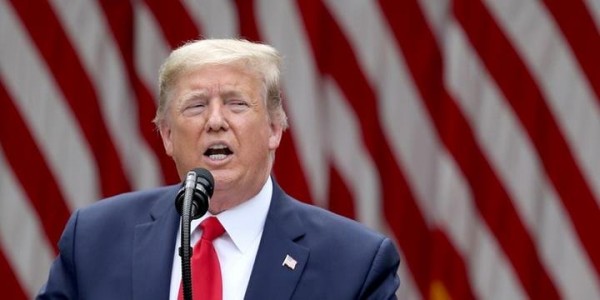 According to Unanue, Goya Foods and its partners would be donating one million cans of Goya chickpeas and as well as 1 million pounds of food in favor of food banks.

The hashtags #Goyaway and #Boycott were trending on Twitter after Unanue's remarks. Twitter, and the Hispanic community, who were often the subject of Trump's sociopolitical tirades, openly expressed their dismay and called to resort to alternative brands for their Hispanic foods and ingredients.

Trump has often been the subject of public criticism as he openly criticizes the Hispanic American community. During his 2016 presidential campaign, he called for the construction of a wall serving as a border between Mexico and the United States.

Former Secretary of Housing and Urban Development Julián Castro tweeted that Unanue, CEO of Goya Foods, a staple of Latino households, praises a president who villainizes and maliciously attacks Latinos for political gain. He urged Americans to think twice before buying the company's products.

New York Representative Alexandria Ocasio-Cortez quote retweeted author Igor Volsky's tweet and adding, "oh look; it's the sound of me Googling 'how to make your own Adobo.'"

Ocasio-Cortez discouraged the Hispanic community to find other ingredients in cooking their adobo, a traditional Hispanic viand.

Other users in the Twitter community also lamented the remarks of Unanue, heralding Trump as a great leader.

David Reyes (@mxdavidreyes) said Unanue praising Trump, who has "gone out of his way to demonize Latinos, is disgusting and bad for business. Adios Goya."

BrooklynDad_Defiant! (@mpadellan) took out his frustration in Twitter and said that in a "free society, you're free to boycott the s*** out of companies like Goya that support racist, sociopathic criminal a******* like Trump. Don't like it, don't buy it. Don't shop at places that sell it."

CHECK THIS OUT: How to Make the Best Chocolate Chip Cookies in the World