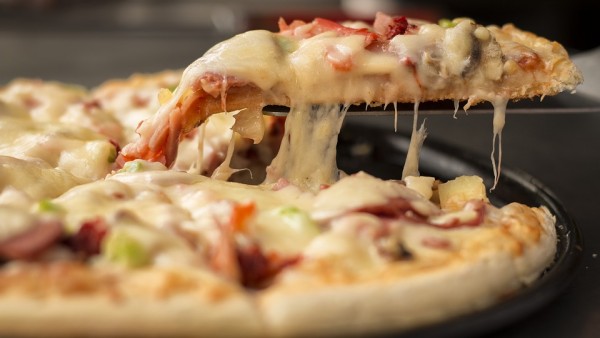 When it comes to food, nothing speaks more American than the classic pizza. Although pizza originated somewhere in the central and southern parts of Italy, pizza's great distinct taste managed to invade Americans' taste buds. And when it hit the States, the pizza went through so many fusion and reinventions, until it became one of America's favorite foods.

Notable to the American reimagination of the classic pizza is pepperoni, which would turn to be the favorite pizza topping. And as a testament to America's undying love for pizza, here is a list of the best pepperoni pizzas in America.

It was 1905, and a small neighborhood that goes by the name "Nolita" is tucked in the crevices of Manhattan. And in that little Italian community, a homely little pizzeria, Lombardi was set to be the trailblazer.

For more than a century already, Gennaro Lombardi's legacy not only lives on but continues to be reimagined to adapt to the changing taste and preference of pizza lovers. But his quintessential New York style -- with crusts browned and blacked on the sides, topped with pure tomato, fresh mozzarella, and basil -- was undeniably the game-changer.

Mark Iacono is the true embodiment of American culture in love with pizza -- an American with Italian heritage. So when Iacono opened his renowned pizzeria, Lucali, in 2006, it just swept New Yorkers off their feet because it is so easy to fall in love with the classic pizza. With its warm-lit interiors and a cozy ambiance that resembles a soft, quiet lull, Lucali is sure to give you the best pizza experience.

Iacono also opened another Lucali at Miami, which is just as loved as the one in Brooklyn.

Americans enjoy pizza the traditional way, with the taste of Naples budding from toppings to the dough, or with a Texan-style. And the Backspace offers just that. Thanks to Chef Shawn Cirkiel, the Backspace sure deserves a spot in the list as pizzas from the Backspace are cooked in a brick oven that Cirkiel brought from Naples.

Although Chicago is known for its take on the pizza, the Chicago deep-dish, variety in pizza preferences is also the game. If you're just like any regular midwestern Chicago folk, you'd be surprised, Piece owner Bill Jacobs invites you to take a bite on his thin-crust pizza brushed with olive oil, oregano, and Parmigiano-Reggiano. You'd easily be a convert from deep-dish to pizza in Piece!

Al Santillo's pizza took American pizza enthusiasts by storm when it revolutionized the average go-to food. Al Santillo's grandfather, the founder of Santillo's Brick Oven Pizza, had a humble intent when he started the pizzeria. He just wanted to earn extra, prompting him to open the pizza place in 1950.

The low-arch brick oven used by his grandfather in 1957 is the same one Al Santillo uses now.

We have to go back to New York to end the list of best pepperoni pizzas in America. Ending on a high note is Grimaldi's. Grimaldi's origins trace back to its founder, Patsy Grimaldi, the nephew of a pizza curator trained by Gennaro Lombardi himself.

With that credibility, Grimaldi is sure to offer you the top-notch quality pizzas in a dining experience as well -- no take-out orders, no reservations, no slices. You need to enjoy and experience their pizza in its entirety.

ALSO READ: The History of Pizza Going Into Its 3rd Century