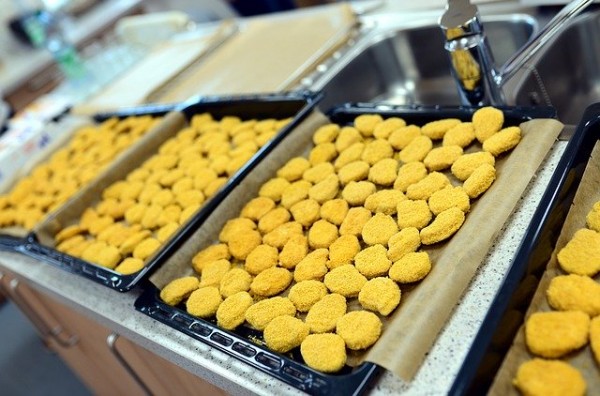 Innovation is the game for KFC, Moscow, when it launches its efforts to create a 3D bioprinting technology to produce chicken meat, specifically their chicken nuggets. Teaming up with 3D Bioprinting Solutions research laboratory, this project of KFC is among its efforts to integrate resourcefulness, innovation, and creativity to their juicy finger-lickin' good chicken.

This endeavor was a result of the fact that some fast-food restaurant companies are also trying to implement a healthier lifestyle choice for their customers. Recently, there have been environmental efforts by the companies in the industry by reducing their carbon footprint.

The Meat of the Future

To take part in this social responsibility of KFC, their 3D printing project aims to create the "world's first laboratory-produced chicken nuggets." Included in their goal is to recreate the flavors of their chicken nuggets. KFC's meat of the future is not only environmentally-friendly to produce, but also has the same look, and of course, finger-lickin' delicious taste of the renowned Kentucky fried chicken of Col. Sanders.

Polyakova also noted that the next step of introducing advanced technologies to their kitchens and restaurants meant crafting meat products to become the "restaurant of the future."

Polyakova also acknowledged global problems, which prompted them to proceed with this green project.

Yusef Kesuani, co-founder and managing director of 3D Bioprinting Solutions, said that 3D bioprinting technologies are commonly used in the field of medicine. This joint venture with KFC is among the pilot steps in using that same technology in food production.

Kesuani hopes that in the future, 3D bioprinting technologies could be more accessible for other brands. Similar to KFC, Kesuani looks forward to the plant-based menus of other restaurants in the future.

KFC and 3D Bioprinting Solutions are set to test their final product by the end of fall this year.

3D Bioprinting Solutions, a laboratory that specializes in biotechnological research, is developing an additive to its bioprinting technology. This additive includes chicken cells and plant material to recreate the taste, look, and texture similar to the ordinary chicken meat served at KFC.

KFC will provide 3D Bioprinting Solutions all the necessary ingredients, such as spices and breading, to achieve the signature finger-lickin taste of their Kentucky fried chickens.

In a study conducted by the American Environment Science & Technology Journal, growing meat from cells has minimal damage to the environment. Reproducing the meat cells can help reduce energy consumption by more than half. This also reduces greenhouse gas emissions. Compared to traditional farm-based meat production, the food industry will use 100 times less land if it opts for bioprinting.

With this bioprinting method of KFC and 3D Bioprinting Solutions, the restaurant of the future will not only be first in advanced technologies. Still, it will also be among the forerunners in reducing greenhouse gas emissions and environmental damage.

ALSO READ: Burger King's Chicken and Fries Box Is Back

Burger King's Chicken and Fries Sharing Box Is Back!

What Fast Food Chains are the Most Popular in the World?

New York, Jersey, Chicago & Texas, We Explore 6 of The Best Pizza Restaurants in ...