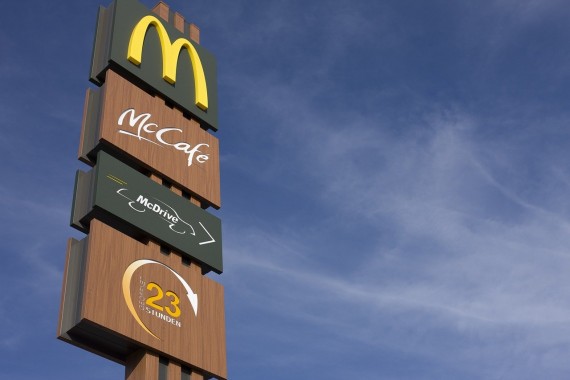 Day by day, the pandemic is bringing tons of negative effects not only in terms of health but also in the economy. COVID-19 cases are increasing daily in all parts of the world, and the numbers are unstoppable.

With that, people are strictly asked to stay at home to prevent worse scenarios. Most shops, malls, leisure parks, and restaurants are closed for six months already. No one, not even those who have authority, knows when the economy will remain close.

Among the most affected sectors of the pandemic is the restaurant industry. Since people are asked to follow government and COVID-10 protocols, restaurants are forced to close. While there are shops that offer delivery and takeouts, most restaurants are still struggling to stay alive.

Mcdonald's, one of the world's biggest fast-food chain, is not exempted from the struggle. The company announced that they would be closing 200 branches all across the U.S. by the end of 2020.

The closure was already predicted and planned by the company. The reason why the branches should be closed is for the future years. Most Mcdonald's branches included in the closure list are inside Walmart stores.

McDonald's CFO Kevin Ozan confirmed the company's plan to close 200 branches in the U.S. Ozan and explained that the restaurants for closure are low-volume branches. He also stated more than half of the numbers are found in Walmart stores.

According to Restaurant Business Online, McDonald's branches inside Walmart stores have been slowly closing. Even before the pandemic happened, some stores have closed in earlier years. The reason is that these stores have been in operation since the 1990s.

Since 2014, the number of McDonald's branches in the U.S. has dropped. However, despite the closures planned this year, the company is also planning to open new stores in new locations. McDonald's is set to open over 350 new store locations in 2020.

Also, the top reason why McDonald's is doing the closures is because of its low reports in the past 13 years. The year 2020 has the lowest quarterly profit since 2007. While experts can say it's because of the pandemic, McDonald's believes it's not just that.

According to company reports, revenues have dropped by 30 percent in the first quarter of 2020. Global store sales also fell by 23.9 percent. Although fast-food chains are more likely to survive a decline in the restaurant industry, it also has the most store closures.

Chris Kempczinski, McDonald's CEO, stated in a report that although the pandemic is striking all parts of the world, McDonald's is taking its time to adjust. In the U.S, branches are starting to reopen and have strict health protocols implemented in their restaurants.

Kempczinski also revealed how the pandemic is getting worse, especially in the U.S. However, Kempczinski and the entire McDonald's company are hopeful that their stats will bounce back in the second quarter.

By then, the company has already adjusted in terms of operating the new normal way.

McDonald's will continue to share its world-class menu items with the public with a new environment.