A Popeyes employee in Texas was fired after allegedly spitting in a police officer's food before it was served.

According to Fox News, the worker in Popeyes lost his job after spitting in the food before serving it to a cop. The former employee also reportedly wrote an anti-police slogan on the police officer's meal box and yelled the phrase while the cop waited in the drive-thru.

At around 9 p.m. on Wednesday, the police officer entered the restaurant's drive-thru. After the cop placed his order, the officer said he heard someone yelling "ACAB," as per the report of My San Antonio.

While the cop waited for his food and heard the yell, he didn't react. The officer left the drive-thru after receiving his food. He then noticed that the letters "ACAB" - an abrreviation for "all cops are b*****ds" - were written in black marker on the side of the meal box he ordered. 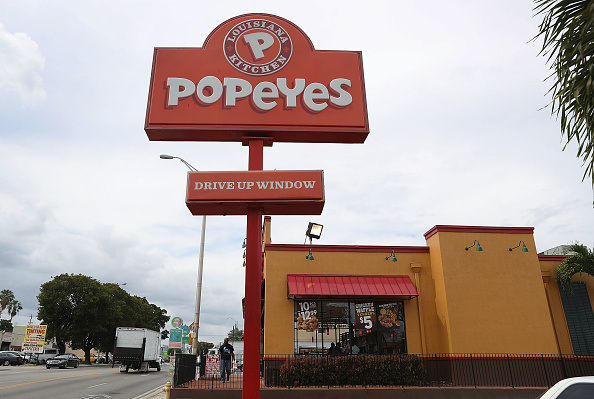 San Antonio Police Department officer A. Martinez claimed that the food also appeared to have saliva on it. A spokesperson for Popeyes confirmed that the employee was fired, as per the statement obtained by My San Antonio.

"We want to apologize to the guest involved. The team members' actions do not reflect the values of our brand or the high level of service we aim to deliver to our guests. The team member no longer works at the restaurant, and Popeyes' owner has reached out to the officer to apologize personally," the statement read.

The San Antonio Police Department said that Martinez called an investigator to the scene and took photos as evidence, including his receipt. Martinez then tossed out the meal.

"I'm sure that the same officer would be there to protect and serve that establishment if it came to it. We're just going to go ahead and investigate it like how we investigate every case, and hopefully, we come to some peaceful resolution," a police spokesperson said.

The police department was also investigating the incident as a hate crime. The department noted that although there was no suspect, they have the receipt with a timestamp of the purchase to help them determine if the employee is liable for what happened.

According to Daily Mail, the probe would focus on food tampering rather than what the employee wrote on the packaging.

On Thursday, Doug Greene, a police spokesperson, told Daily Mail that there are no charges filed yet. The office is still waiting for Popeyes to provide the security camera footage from two different angles.

Greene said it's not surprising to hear story like this although several restaurants that police officers visit are usually welcoming.

"Things like this do happen, and it happens here in this community, it happens at establishments throughout the country. But here in San Antonio, there's such a supportive, hospitable community that it's something that we rarely see," Greene noted.

Food Aid Boxes Now Include a Letter From President Trump