Queen Elizabeth eats a hamburger, just like others. Being the British monarch for almost seven decades, Queen Elizabeth has access to the best chefs in the world and the most exquisite foods that money can buy.

Her Majesty's exact food preferences are catered by kitchen staff in Buckingham Palace and Darren McGrady, the Queen's former personal chef, knows every detail of it.

McGrady has a book where he gave fans a look at the behind-the-scenes at the royal dinner table. He also dished the particular way that Queen Elizabeth eats a hamburger. In a series of YouTube videos, McGrady explained that Her Majesty eats four meals per day, according to The Independent. McGrady prepared breakfast, lunch, afternoon tea, and dinner when he was the Queen's chef between 1982 and 1993.

McGrady said, "She'd always have afternoon tea wherever she was in the world. We'd flown out to Australia and were on the Royal Yacht. It was five o'clock in the morning, but it was five in the afternoon for the Queen, so my first job was making scones." 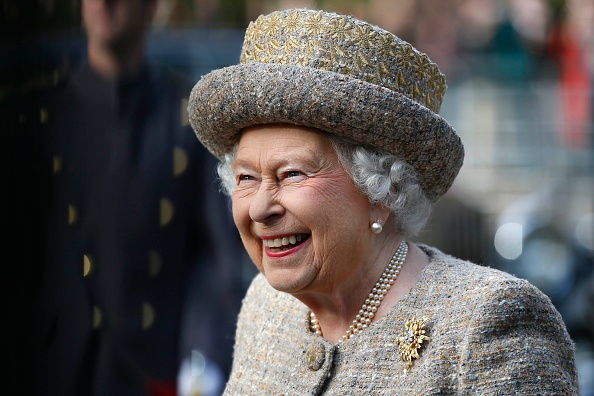 Her Majesty eats a hamburger with a knife and fork

Queen Elizabeth has never eaten fast food or pizza, McGrady revealed. He explained that with twenty chefs in the Palace Kitchen, Her Majesty could order whatever and anytime she wants. That's why the Queen doesn't need a drive-thru.

At Balmoral, Queen Elizabeth's summer home in Scotland, the chef says they would make their hamburger's royal version. McGrady told Insider that there would be gorgeous cranberries and everything stuffed into the hamburgers. But the chef never set the buns out. The chef and the other staff serve hamburgers without buns, so the Queen eats it with their knife and fork.

McGrady added that the Victorian upbringing of Queen Elizabeth dictates the only thing the Queen would pick up and eat with her fingers in her afternoon tea.

Her Majesty is a 'chocoholic,' McGrady claims

McGrady says that Queen Elizabeth had 20 chefs working in the royal kitchen during his tenure. As the head chef, McGrady would send Her Majesty a red leather recipe book with a planned menu. The Queen makes her meal choices through a code system. If Queen Elizabeth didn't like something, she would leave a staff message in a special notebook.

According to Showbiz CheatSheet, McGrady says that there are no specific ingredients that Her Majesty would always say "yes" to chocolate. The royal chef has described the Queen as "chocoholic," in the past.

"Anything we put on the menu that had chocolate on, she would choose, especially chocolate perfection pie," the royal chef said.

Mcgrady also revealed that one of Queen Elizabeth's guilty pleasures was a Croque Monsieur sandwich when Mcgrady was still the chef. The sandwich is featured with melted Gruyère cheese, whipped eggs, and ham. For the former royal palace chef, Queen Elizabeth is not a foodie. Her Majesty simply eats to live.